Been busy with Grunt's Forward but had a yen to play a naval game.  Decided to try out my scenario generator with Flotilla Forward.  Decided two German TBs would go hunting in 1943. 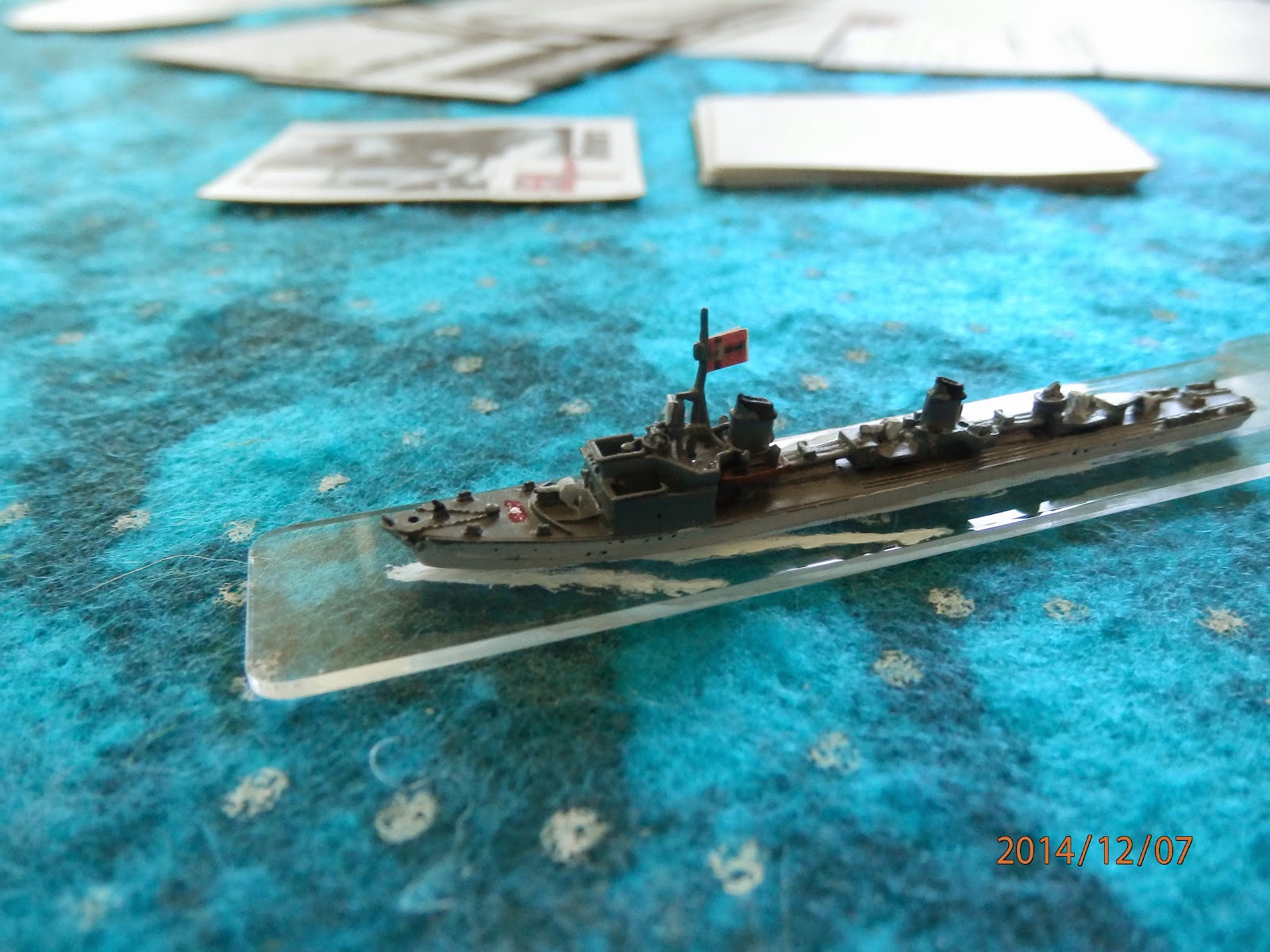 Tried out my new blinds system.   Like Platoon Forward the trick is to have some uncertainty with blinds but not allow unrealistic use of ships.  (Like a DD in the middle and a MTB or trawler on the periphery.  )  In addition you want a balanced game.  This scenario would test my system.

Both sides picked up radar contact of "something" before the 2 mile visibility.  The germans slowed to get a sense of what was in front. 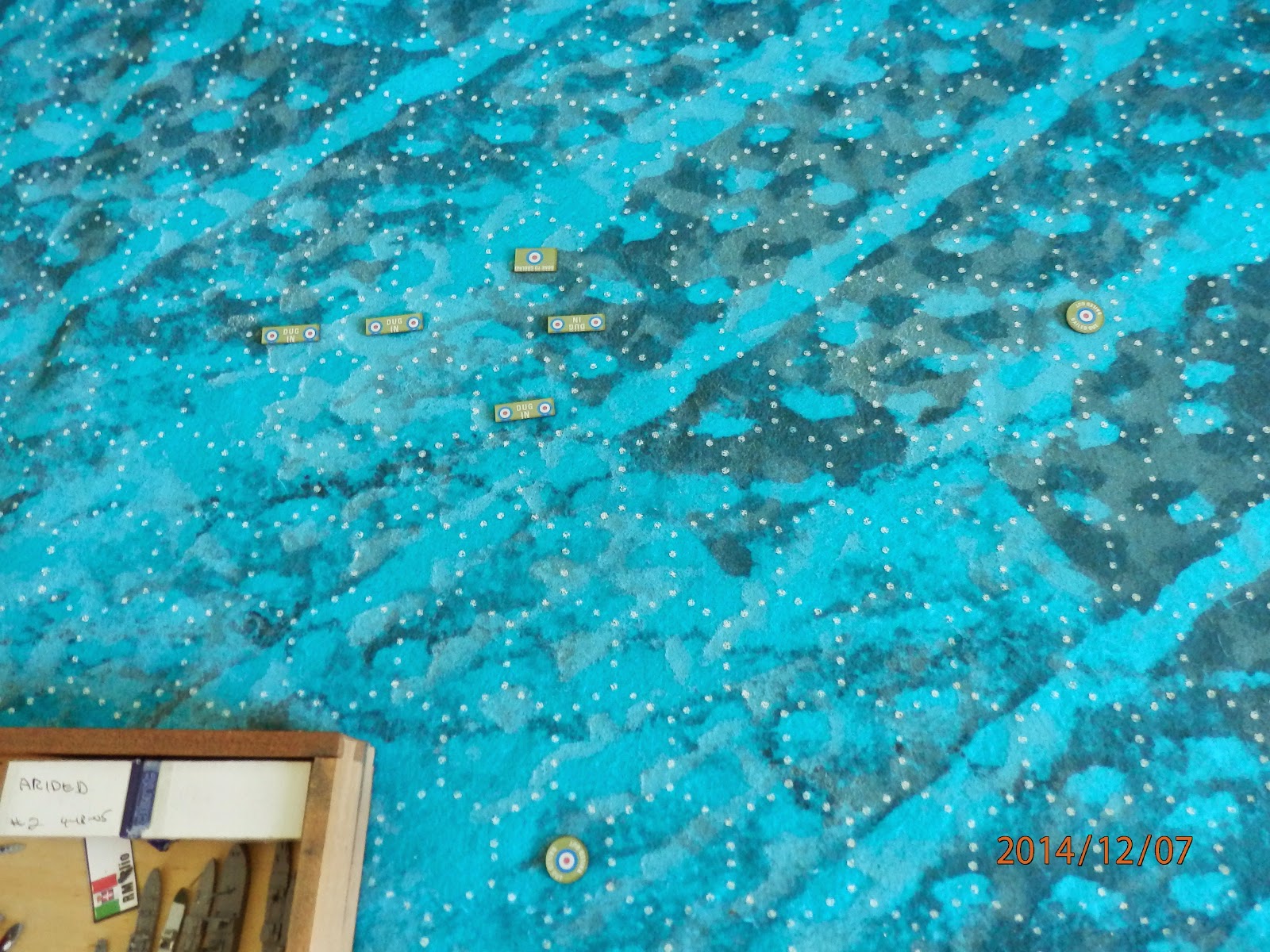 The british convoy.   Each hex is 250 yards.  The germans approached at 4 o clock in the picture.

As both sides grappled with the night one of the escorts took independent action and raced out to investigate by trying to go around the contact.   (Several starshells fell short.) 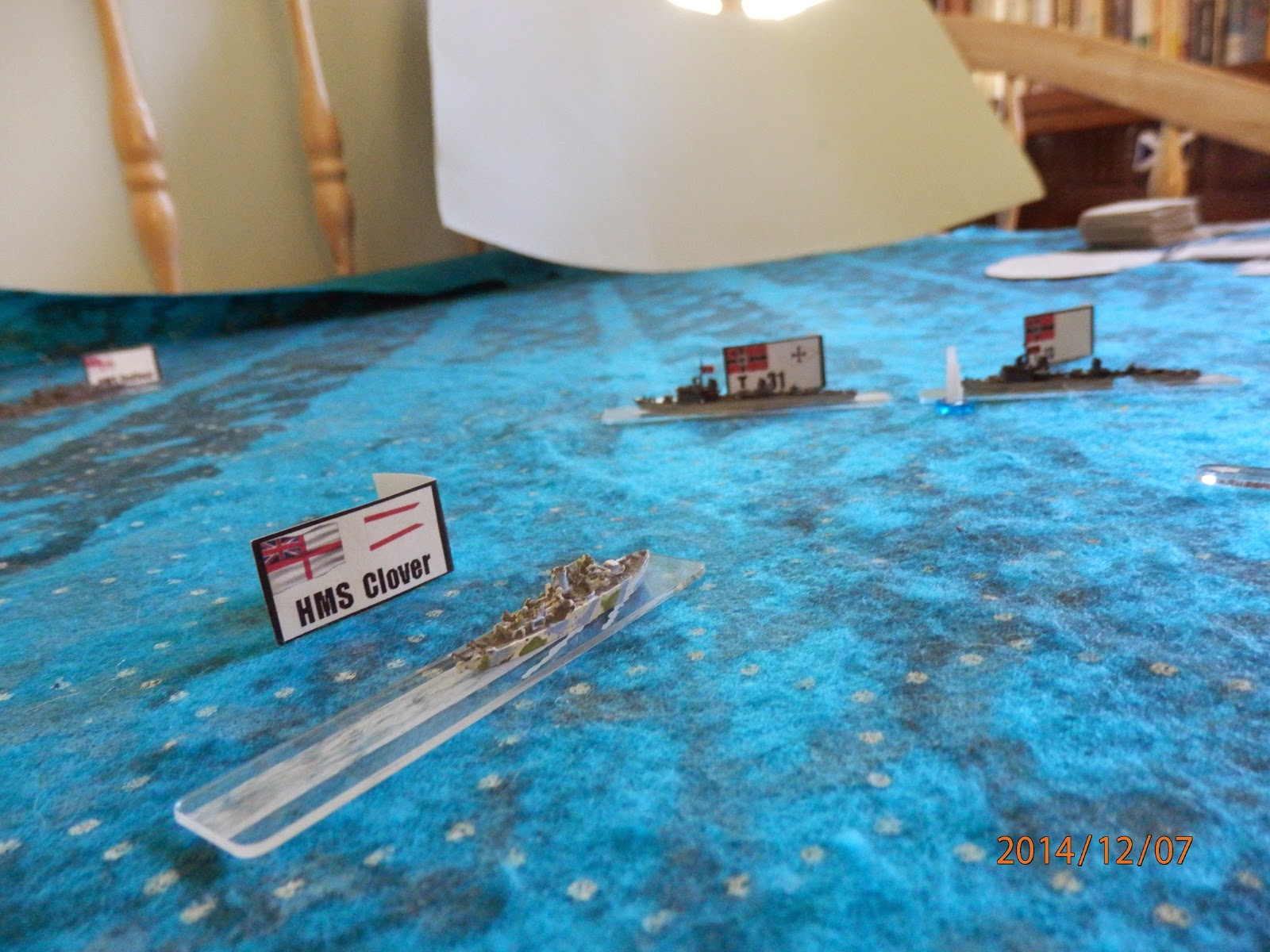 The first contact surprises the Germans and turns out to be a Flower DE.
Further ahead a "B" class DD opens fire.
The Germans are mad they have been surprised.  They pick up speed; the lead vessel fires 3 tordepos at the DD and they search for the merchantmen. 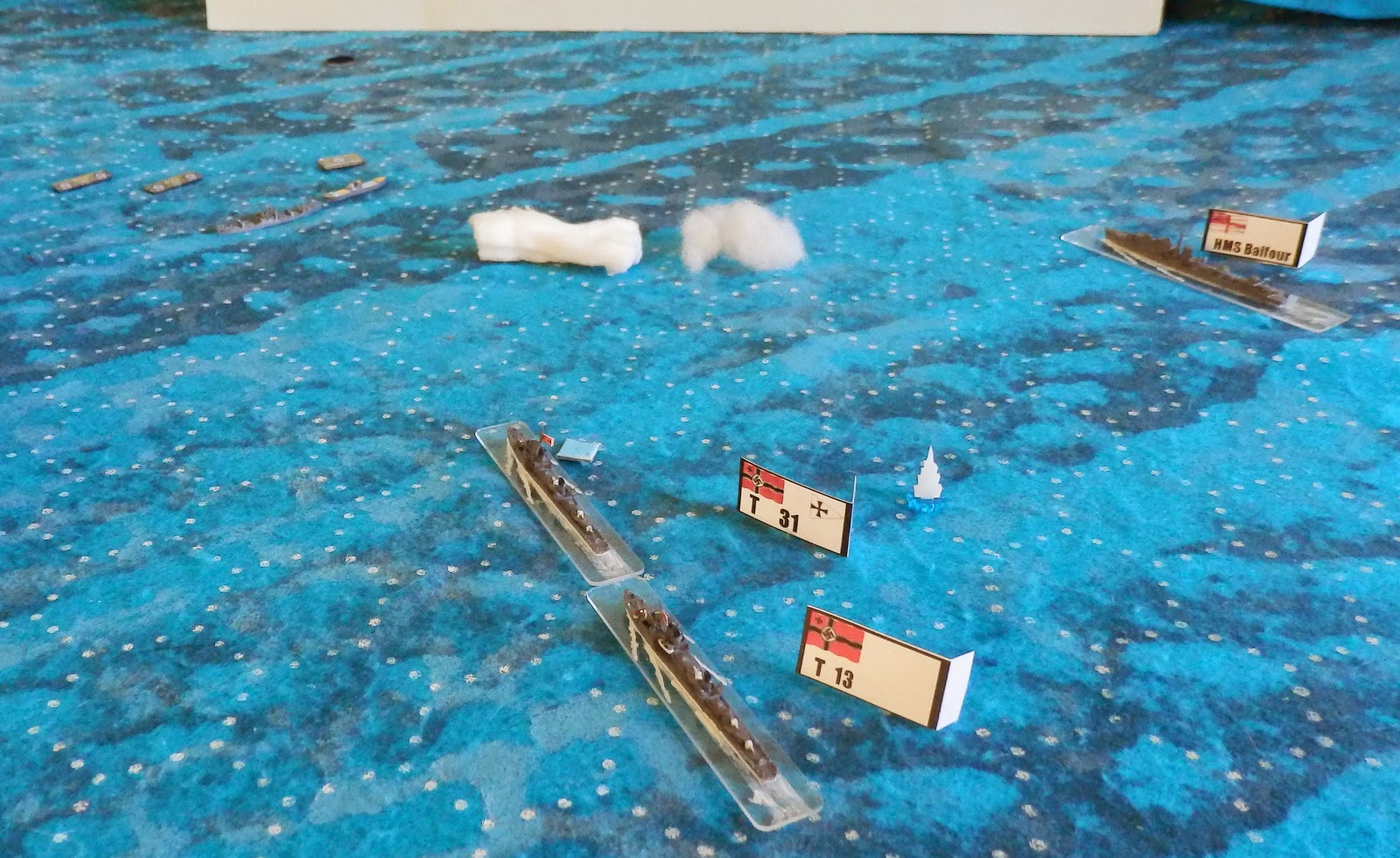 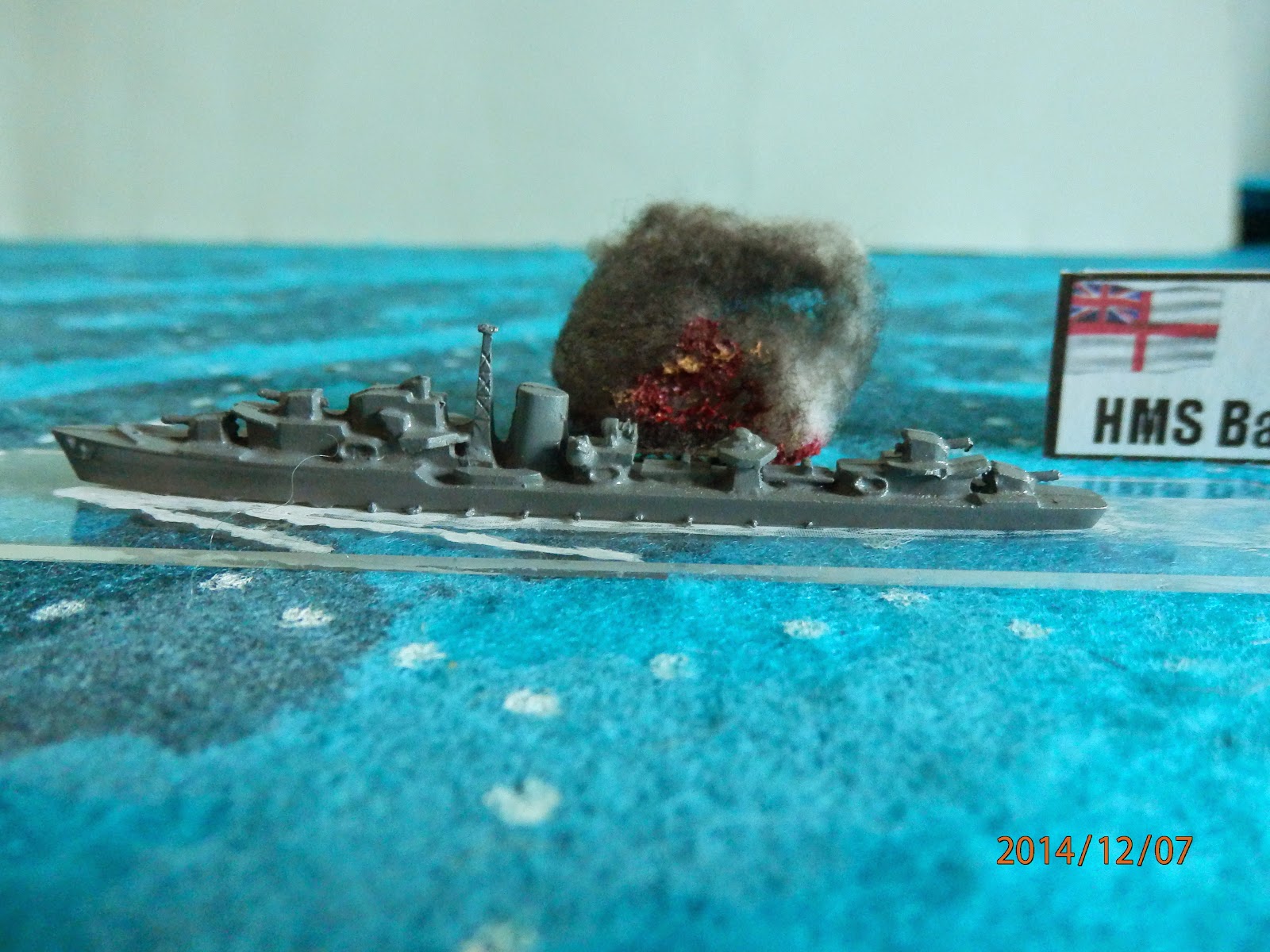 Success!  One DD crippled or sunk. 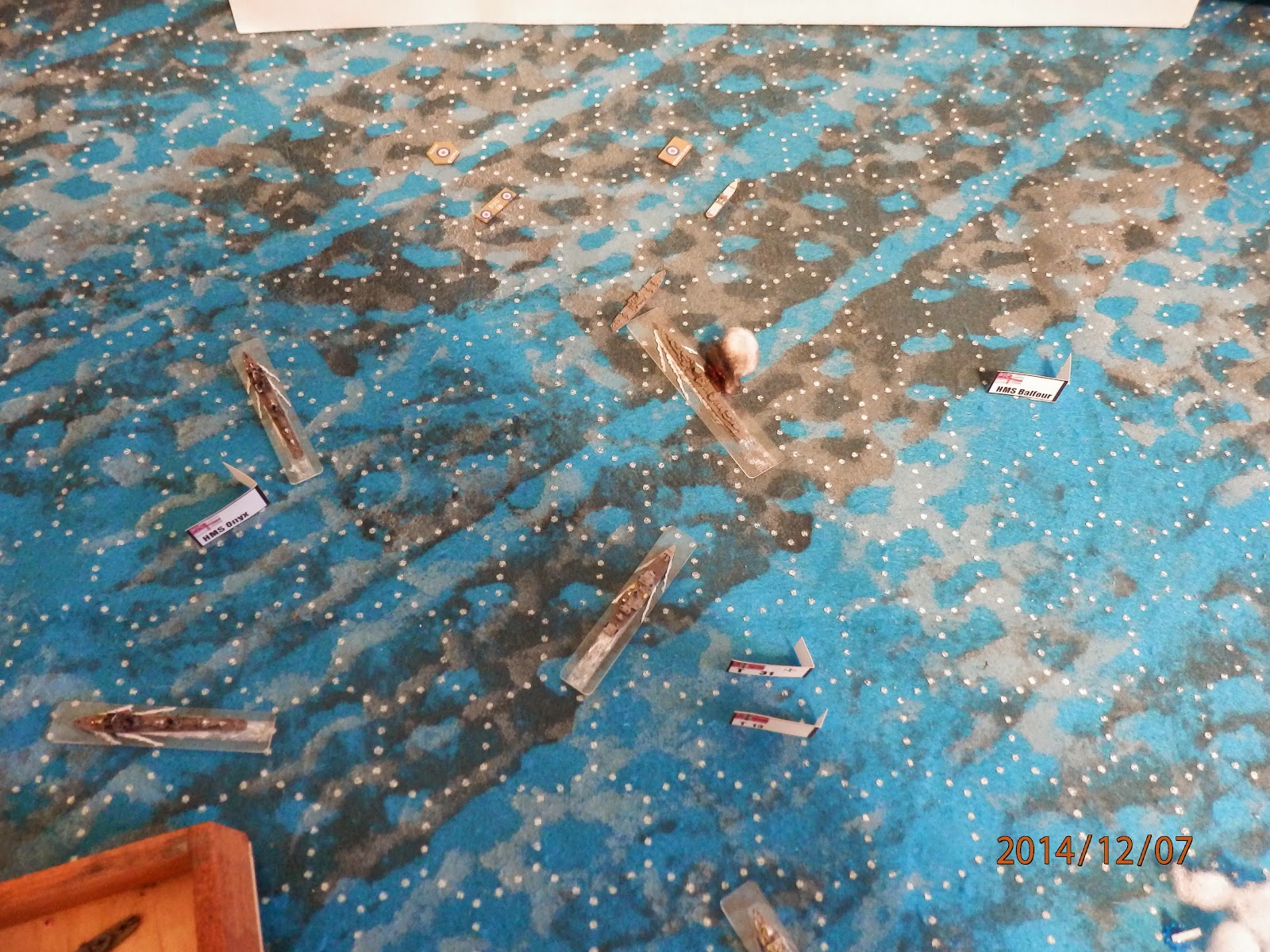 Mid battle.  The lead TB had heavy damage and an engine room hit so broke off.  The second TB moves around the convoy looking for a shot. 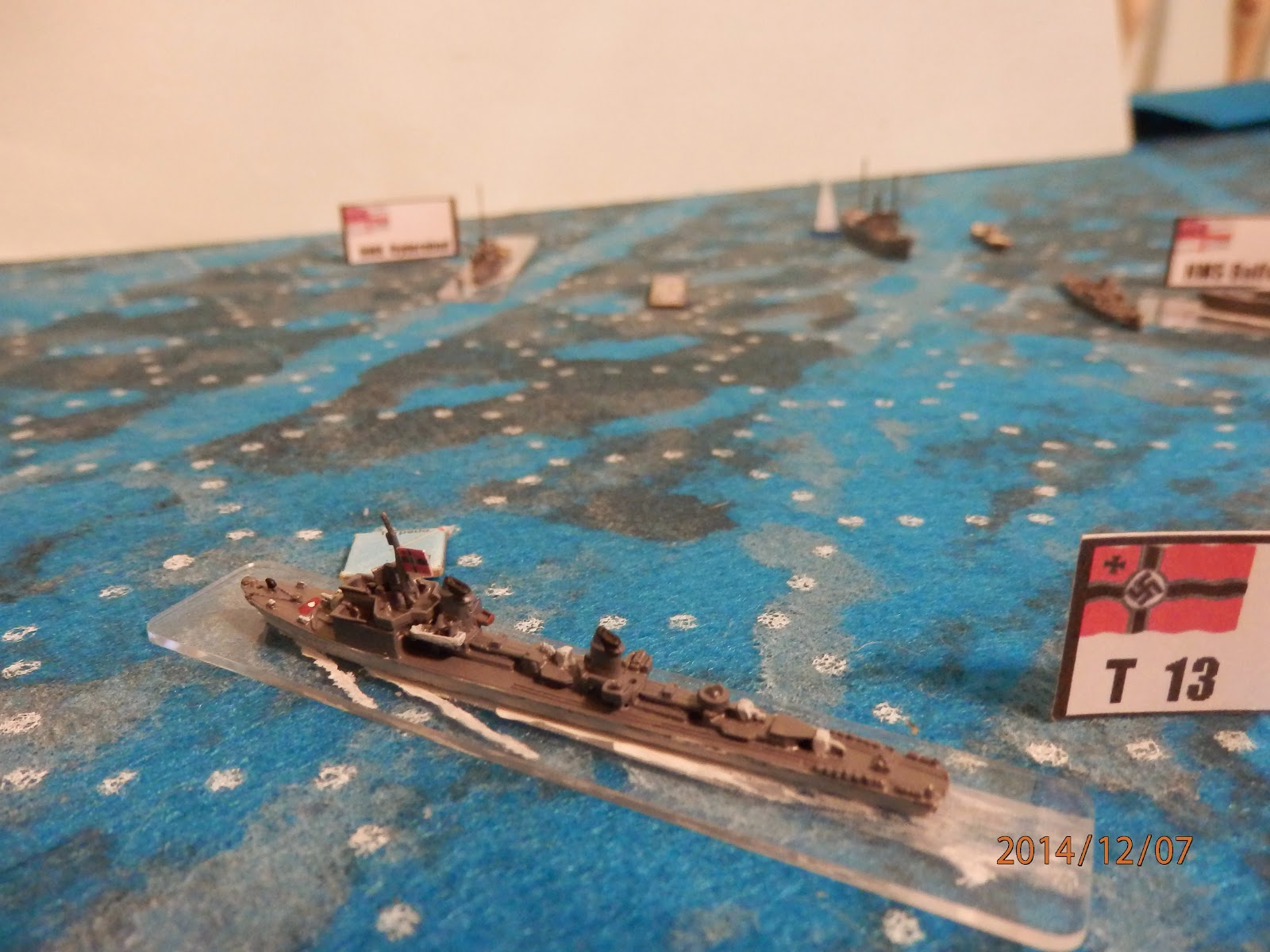 T 13 launches torpedoes at the convoy.  The two British MS are starting to damage him so he breaks off. 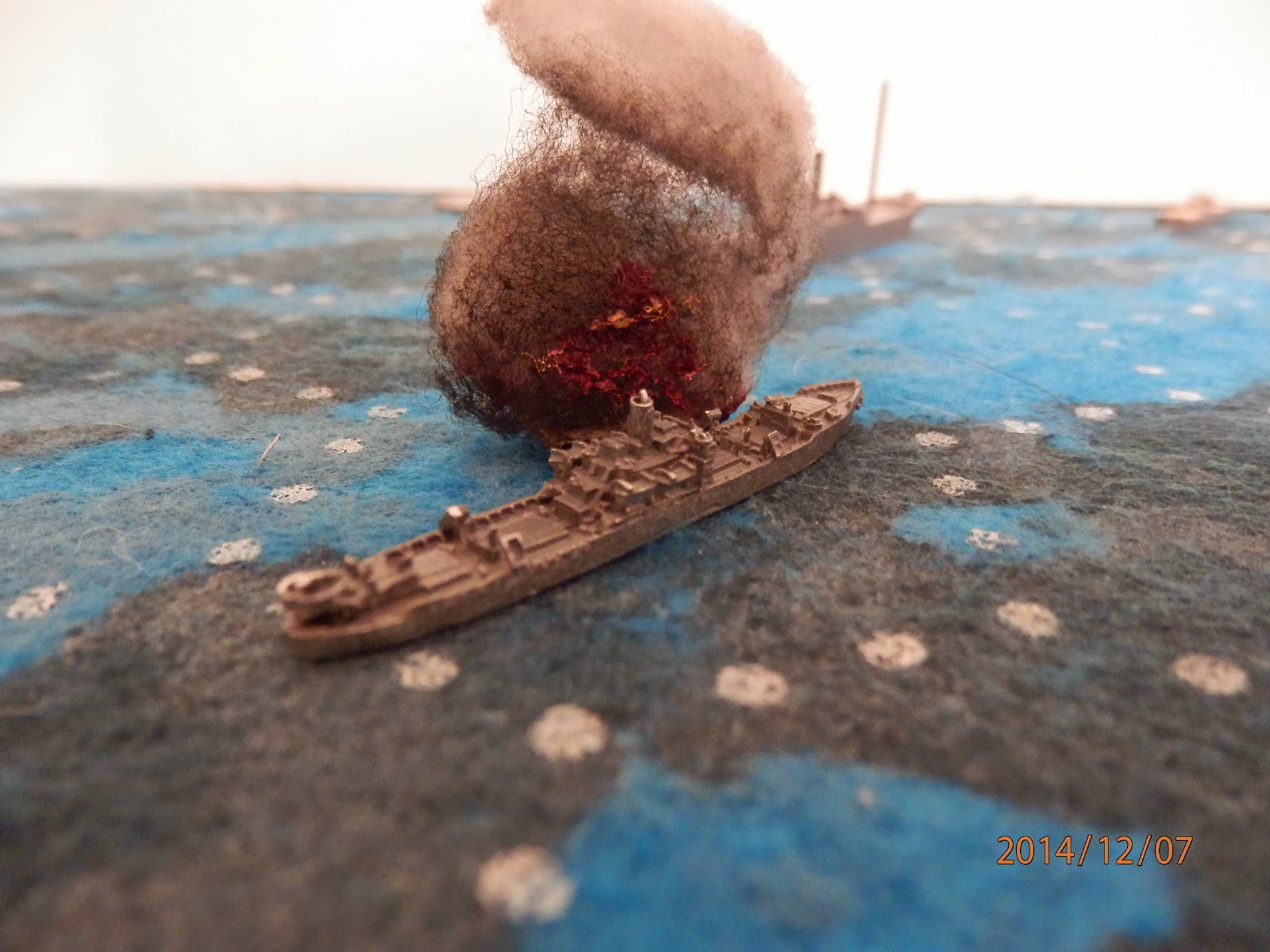 Great game that played fast as the Germans don't stay around if damaged.   Really need to publish my tactical rules sometime (RTH).   Meanwhile the generator gave a good force to fight stationed reasonably.