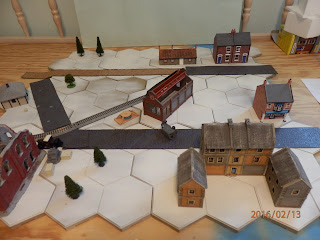 The battlefield including my new Crescent Root building foreground right.The Germans have one squad and ATG in the center factory.  Russians will enter from the left.  Our Platoon from the right.  Russians get a 3 turn head start. 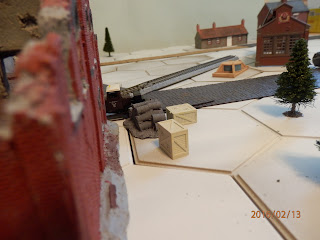 Another view of the factory. 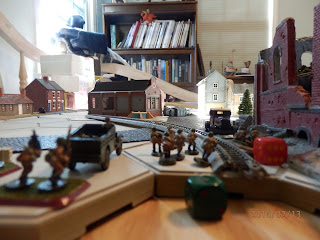 Platoon Forward gives the russian attack two prongs with the stronger one on the right. 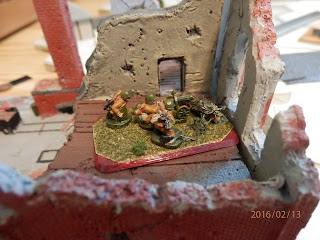 Russian MMG sets up to give support. 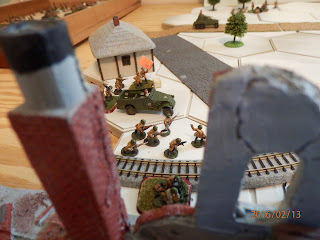 The attack is launched!  The armored car top center it taking out by the now desperate ATGunners. 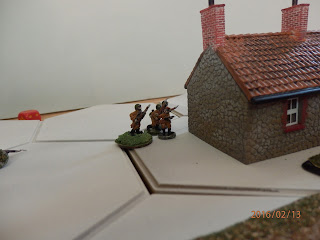 Russian infantry make ot down the top of the board. 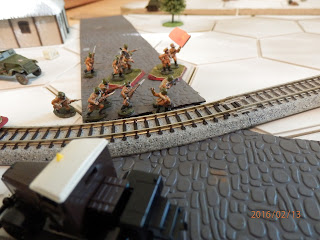 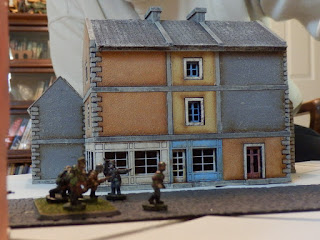 But wait!  Kehl is coming with the platoon. 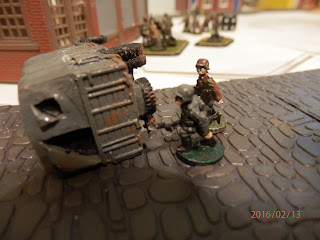 The ATR takes a shot at the White scout car.  1st and 3rd squads move to the factory.  2nd squad moves to their left to take on the russian MMG. 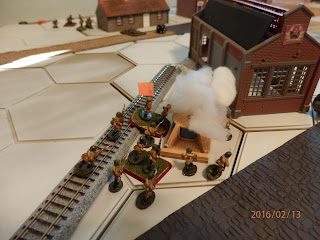 Covered by smoke the russians enter the factory ahead of 1st and 3rd squad. 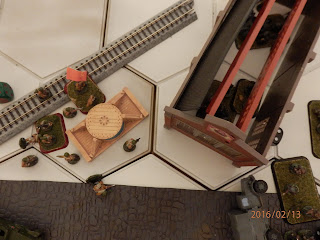 One gunner is killed and the rest hunker down at the far end of the factory. 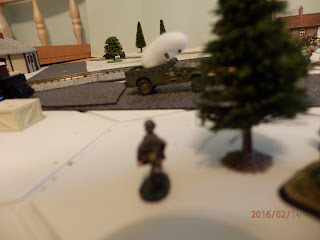 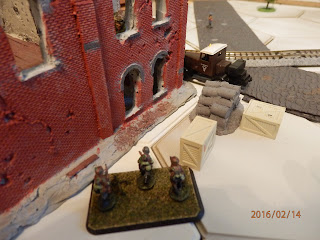 2nd squad is pinned down short of the MMG nest! 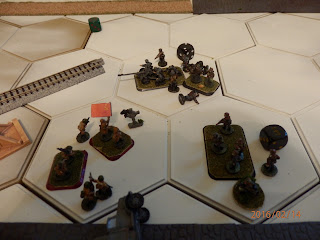 An epic battle occurs in the factory with neither side giving ground!  ( Picture taken with factory building removed for clarity.  Celtic cross signifies stunned troops)  UnterSchar Weiss is hit and his squad drags him back to the ATG.  Kehl shows up and takes Vaughn and 3rd squad  ( half squad) into the factory.  The battle hangs in the balance--- with a few well thrown grenades 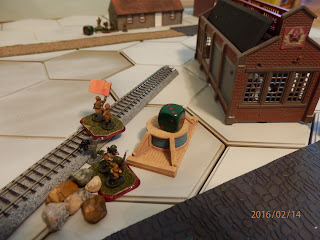 the  russians retreat, weighed down by multiple morale markers.   The factory is saved!!!!!

Great battle.  When I designed the scenario that is the knife edge conclusion I was going for.  Oberscharfurher Kehl's leadership was key in getting 3rd squad moving. Am really happy with the tweaks I have done to the leadership rules.  Post battle Weiss is on WIA and will miss one mission.  3rd squad's morale is improved to NL.  Company is so happy that not only does the epic story make the rounds ( and grows bigger all the time!) but the platoon is promised either a MMG or MTR for their next mission.

Am still really digging Combat Patrol.  It plays smoothly and gives credible results using individual soldiers without bogging down.  I am also really happy with my Creascent Root buildings


Posted by FlightDoc at 4:45 PM No comments: