Learn something New every day

All the battles I report on are as they actually play out.  I played two very quick ones this weekend that I will report on as I think the snaps are decent.
First as you know I have started playing Post Captain.  I really enjoy the rules; so much that when was in Chicago, I purchased 5 GHQ ships just to see.  I painted up a 18 gun brig and a Baltimore privateer.  I thought I did a decent job but didn't even try rigging!  I took a british flag from my Pirates ships and placed it on the brig.  Easy and you can judge how the ships look! 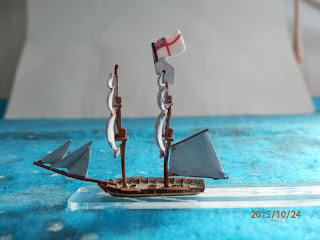 Lt Bragg thought the fog might be a blessing.  He had been hunting the American privateer " Comet".  With this fog maybe he could sneak up on her.  ( Yes I actually rolled up fog!  I was wondering how I would get these two together for a fight.  Viz 400 yards.)    Suddenly a lookout  " Eyes Jenkins" called a strange ship off the larboard side.    Lt Bragg pulled out his scope and easily identified the Comet through the fog. 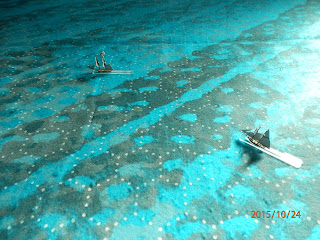 Ships sight each other. 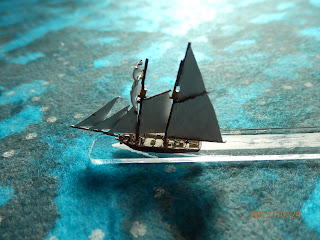 Through severe fog (?) a shot of the Comet.

Lt Bragg brings his ship around downwind to fire at the Comet's sails which are still rigged for Easy.  He orders the topmen up to change to battle sails. 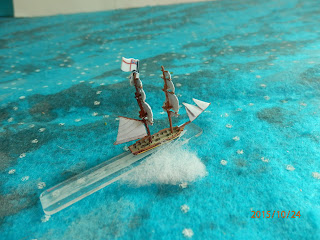 The fire is ineffective. 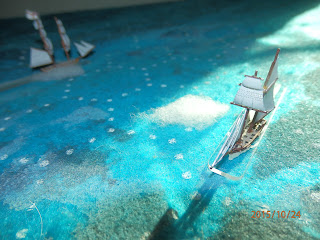 At this point the Comet makes a break for it.  The chagrinned Lt Bragg belays his last order as the Beagle tacks. 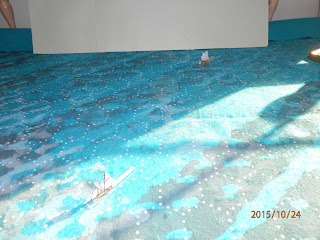 The Comet moving back into the fog 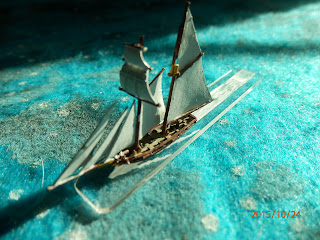 A PR shot of the Comet showing of her lines!

Lt Bragg's crew mumbles about having a junior LT in charge.  ( I played this solitaire and it did not occur to me that the Comet could move up wind and outrun me until after I made the turn and started to change sails.  Learn something new every day.)

Second I played a playtest of Fighting Seasons using Ambuscale from my Grunt's Forward. 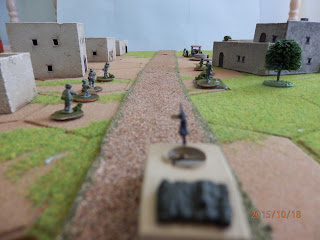 Sgt Bragg moving into town covered by a Hummer. 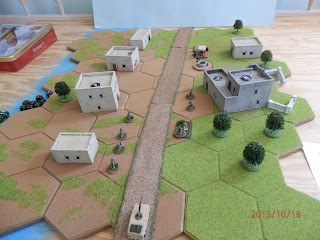 Ditto and you can see where potential enemy positions are. 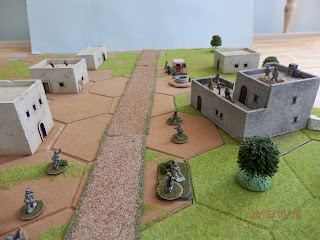 The enemy "uncloaks" with a LMG on the big house.   Unfortunately their fire was pathetic and they didn't cause one casualty. 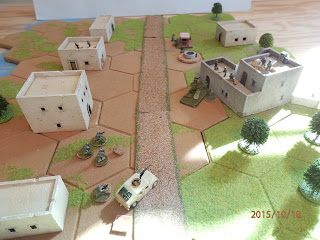 The US quickly move up to the house.  Time for the Taliban to retreat! 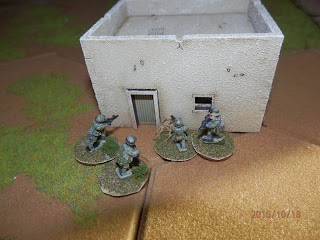 The US searching another dwelling.  I really like the "breaking and entering" rules.

Another short game as the Taliban could not face the US in a stand up fight.   Next Time!

Posted by FlightDoc at 7:02 PM No comments: