Have been away to London on holiday.  Really enjoyed being back in England and the cooler weather.  While there I went to the Orc's Nest (nice little shop) and splurged on SAGA's Crescent and Cross.  The rules are expensive for what you get but I will admit it is a nice book.  Since then I have played several games and enjoyed them all.  I have even decided to paint up some Knights Hospitaliers.
Then I wondered if I could take the system into the black powder era with a couple of rules I really like from Donnybrook.  "Sagabrook" is born!!!

Tangiers spring 1662
Lt Preston is suppose to take a platoon of infantry to an outlying village to ensure the safety of British rule... Preston's column moves forward when they spot hostile Arabs ahead.  Preston has his elite Spanish cavalry in front, followed by 2 8 man sections of infantry (warriors) and 4 elite Marines in the rear.  He also has himself (D10), Sgt York (D8) and Sgt Dittle (D8) of His Majesties Marines. 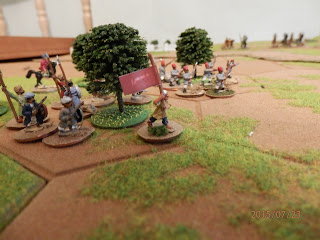 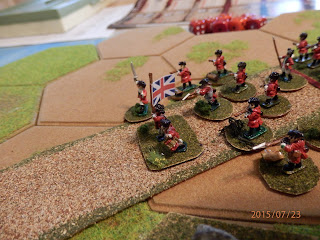 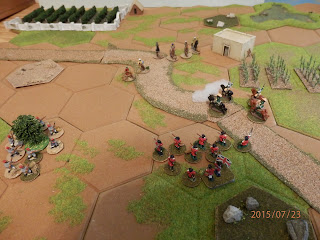 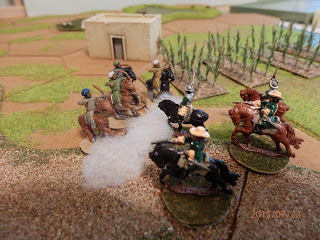 Their fire drops one Arab but when swords are crossed the Arabs emerge victorious! 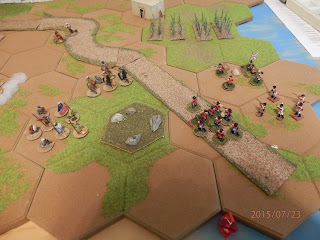 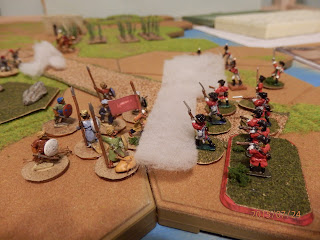 Steady lads--the British hold fire until the end.  Still ineffective and they are beat up by the Arabs. 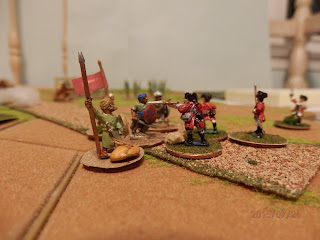 The bitter end-- Sgt York holds off the final Arab charge while Lt Preston (wounded) retreats ahead with the colors intact.

Really fun as a proof of concept game.  Musket fire was too ineffective though.  I also ran a game between firearms just to see what would happen and it worked better. 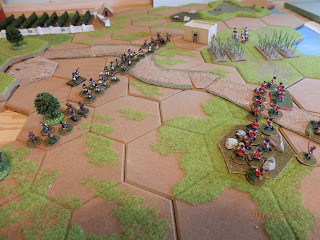 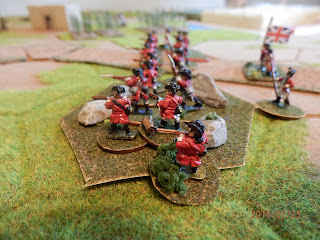 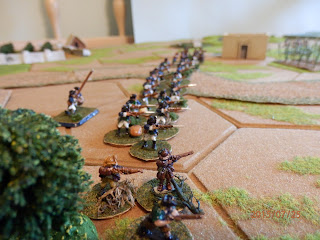 Who knows, if this really works maybe you will see it in WSS!