Happy Easter everyone!  Son home for spring break and we all had a great time.  Even played a game of Saga and two of Dynasty baseball.
Grunt's Forward has been with Rich for 10 months now waiting to be published.  As his business has grown he has had to change priorities.  I have decided to self publish it so we will see!  I plan to use Photohshop and Word.  Anyone with golden tips about formatting please send them my way.
A new project I am kicking around are scenarios focused on special operations.  This is tentatively called Commando Forward.  This smaller type of battle plays well with Combat Patrol.   My first playtest used the Italian camel corps in the desert.   The scenario is called "Observation".  A unit it observing the enemy when they are compromised by bad guys.

Lt Mandolin and Pvt Petrocelle were seconded to the camel corps for several "interior" missions.  The Lt was busy counting british vehicles when he heard his Bedouin sentries cry. 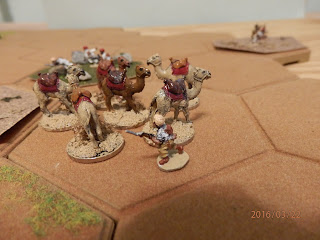 The Bedouin guards sound the alarm! 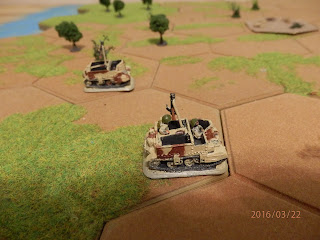 Two British carriers come to see who is snooping. 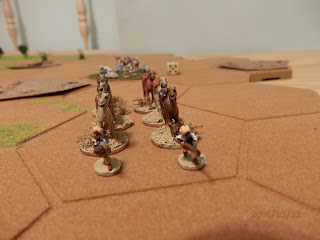 The camels are moved to safety. 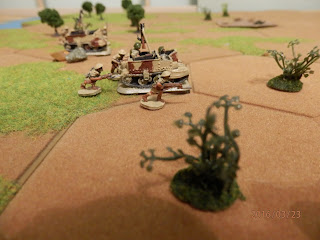 The british deploy and a gunfight breaks out.  The Italians don't have much time as they need to make their escape.  The Breda LMG jams and then breaks ( Big surprise there.).  Lt Mandolin pins down the brits and then makes a dash for the exit leaving a 3 man blocking team. 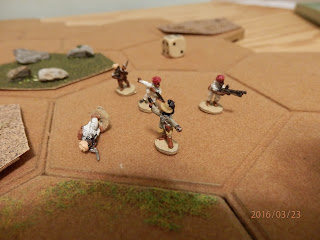 The Italians make a break for it! 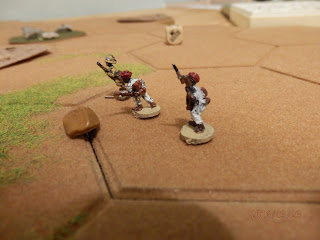 The rearguard under fire!

Both brens focus on the rearguard.  It is too much. 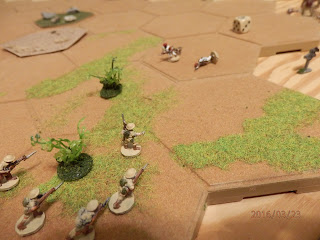 The rear guard succumbs to wounds while buying time for the rest to ride away!

For those that want to try it I rolled up--
Lt Mandolin Gr II leader (can lead all forces)
8 Bedouins including 1 breda LMG and a Gr I leader.
Pvt Petrocelli