A wargamer looks at IWM and Sutton Hoo

IWM meaning Imperial War Museum.   To an american even the name sounds cool.  I had been to the IWM about 15 years earlier and had been alittle disappointed. They have to cover a great deal of history in a small space and did so primarily with story boards.   So when my Dad and brother wanted to go I set low expectations. 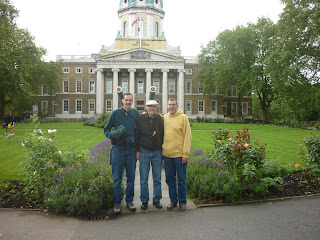 The big guns out front are very cool!! 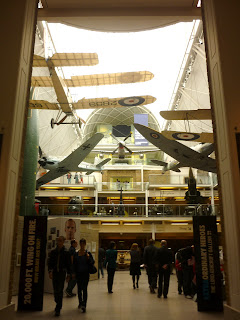 I didn't remember the main hall
having so much cool stuff!

I was pleasantly surprised.   They seemed to have much more stuff now.   The Spitfire was still there as was the Matilda but there was plenty of other stuff as well.  A sherman, Jagdpanther, Monty's tank and some WW I stuff.  In short, it was a great  (3 hours) afternoon.  While not as much stuff as Duxford it is definatly worth a visit and it is free. 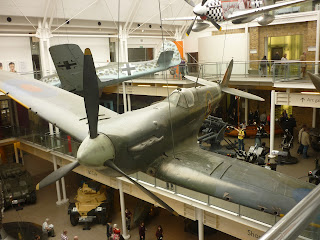 This baby actually defended London during the blitz

and shot down 2 german planes!

On a separate day I went up to Sutton Hoo.  That is were the largest burial ship of Saxon times was found in Britian in 1939.  It is only about 40 minutes form my house.  You can see the burial mounds still though they have been erroded and there is a small museum.  A plus for us there a numerous walking trails that are beagle friendly.  We met this guy... 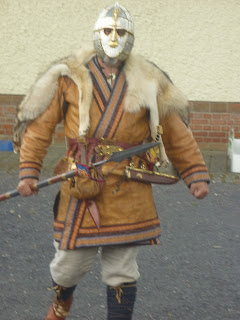 I bet he gets at least 5 attack dice in SAGA!

They also recreated the burial chamber which helped set the stage. 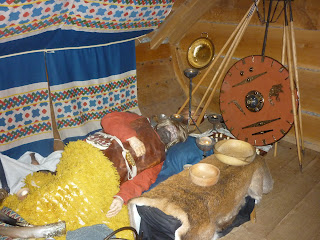 Across the river Styx

I enjoyed it but it focused on the archeology rather than the saxons so not wargamer useful.  There is a anglo-saxon village at West Stow that is more wargamer friendly that I will have to report on.

Just so everyone doesn't think all I do is travel around thinking about wargaming.  Below is a picture of me in the Louvre contemplating the influence of Dutch painters on the impressionist movement. 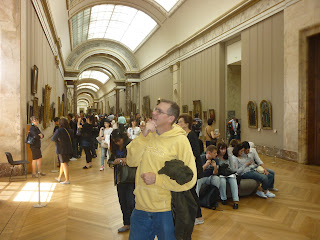 A wargamer looks at Duxford

Haven't been posting because my family came to see me from the USA for the last 2 weeks.  Took my Dad and Brother to Duxford.  Great place for aerial buffs as well as for WW II buffs in general.  Due to bandwith I am limited to 5 pictures as of late so... 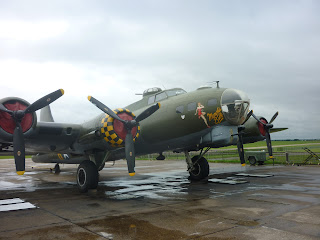 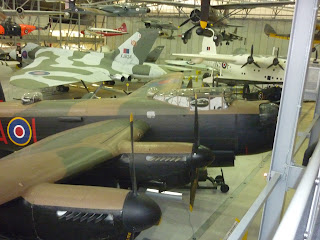 First time I have ever seen a Lancaster!  Boy are they big.

They have alot of aircraft there and a neat thing is that many are in working order.  I have been there on a weekend in the past and you can see them flying.  If you go on an air show day I bet it is spectacular.  In addition to many aircraft they have a whole hanger of vehicles that are manily WW II.   This is well done and worth a visit in and of itself. 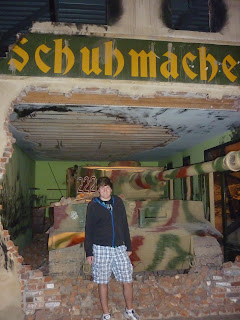 A tiger on a street looking for bear!

There are several full scale dioramas with vehicles in them that are simply smashing like the one pictured above.

After visiting there I could not get my kin to play Bag the Hun.  They wanted to play... 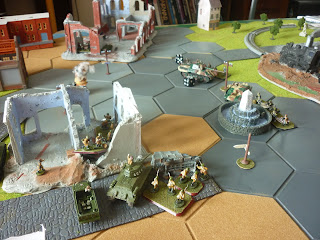 A meeting engagement using the Platoon Forward scenario from a Lardy special a couple years back
My son and I were the russians while my brother and his son were the Germans.
We won.
They got revenge with SAGA the next night though

Also got my Dad to a WW II airfield near here called Lavenham.  He enjoyed it. 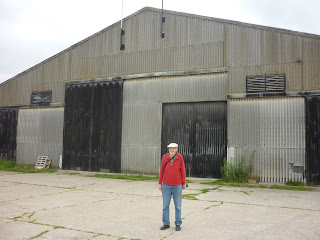 B-24 hanger at Lavenham

Will still post the pictures of the IWM and Sutton Hoo.

A wargamer looks at Malta

Well not a wargamer but a father and husband who took his family to Malta for a long weekend!  We spent most of teh time at the beach but did venture into Valletta one day. 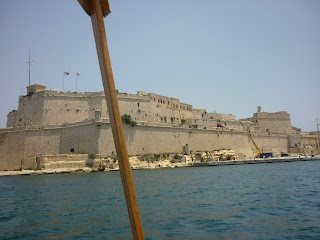 Here is the fortess where the Knights/Maltese held off the Turks.
It is in the grand harbor across from Valletta.  Valletta was actually built after the siege. 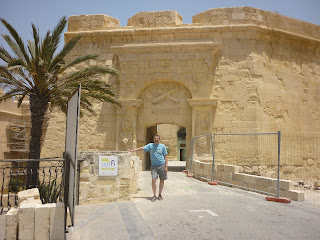 The entrance to the one muesuem I went into.  Looked to be the best.  Small but talked about life on the island.   The island was subjected to 155 days of continuous bombing and King George awarded the whole island the King George Cross which is on their flag today.  The bombing was far worse than what London experienced during the blitz. 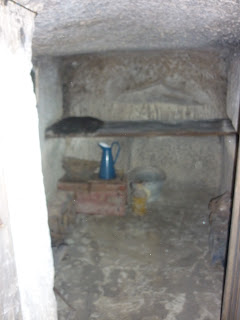 Without an underground tube system the people dug out caves.  Most folks didn't have private quarters such as pictured here! 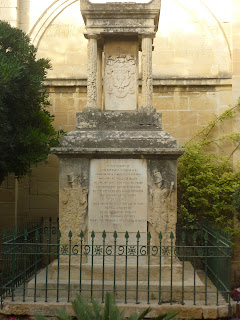 One of the biggest monuments in battery park overlooking the harbor.  Dedicated to a military physcian of course!  Dr Thompson of the 69th regiment died during a Choleria epidemic on the island while treating others.  Monument erected  by his regiment for their "universal affection and esteem".  No man can do better! 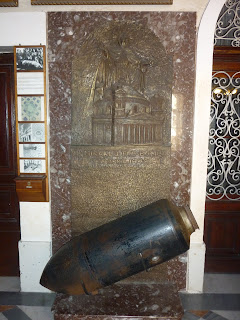 Inland is a church, the Mostra Dom.  It had a german 250kg bomb go through the roof during Mass one sunday that did not explode!  Saved 200 people but rattle the congregation.

Hope you enjoyed the pictures of Malta.  It is a great place to visit with lots of history!