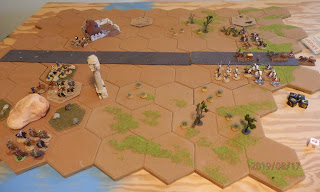 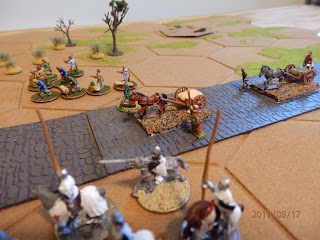 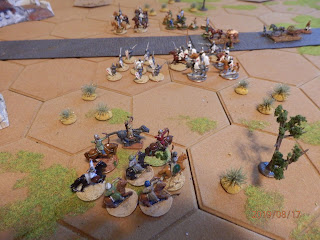 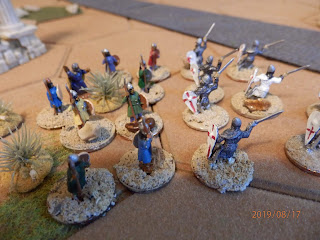 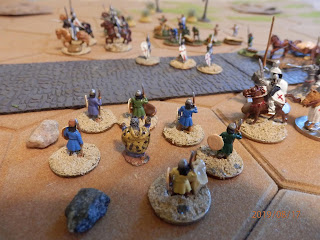 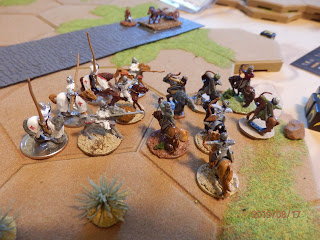 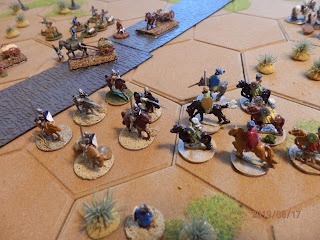 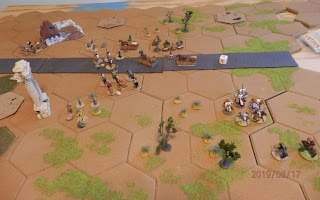 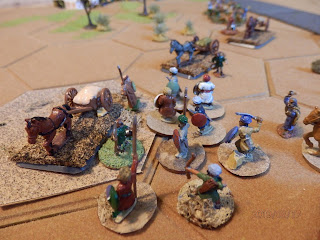 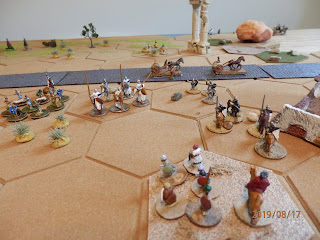 Crueler Seas for Storm in a Tea Cup

WI has had Crueler Seas for 4 months now and didn't publish it so I got tired of waiting.  It is on Wargame Vault if you want it found here:
https://www.wargamevault.com/product/285122/Crueler-Seas?term=cruel 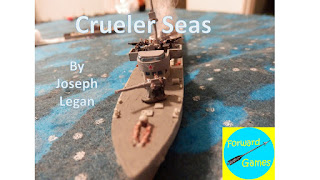 Their minimum fixed price is 50 cents so that is what it will cost; sorry.  I will take my proceeds and donate it to the local food bank here in town where the Forward money goes.   I don't want to oversell it but I think the critical hit charts are worth 50 cents.  It also includes spotting, including quality of forces during the initiative draw, a table for making repairs and alternate torpedo rules.  Let me know what you all think.

I purchased a dock and some barges from I-94 enterprises and my Dad really wanted to try out the dock. The day before my brother visited Warlord released a free scenario, " Storm in a Tea Cup".  It is pretty fake but looked fun and included a dock!  I don't have my PT boats painted up yet so substituted 2 dog boats.  We all agreed that sinking a tanker looked more fun than destroying a dock as well. 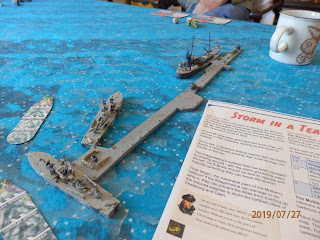 The british set up with my new dock! 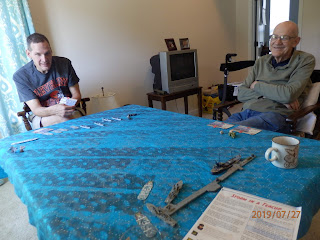 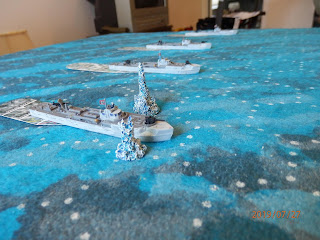 The Germans churn through heavy seas and begin to take fire. 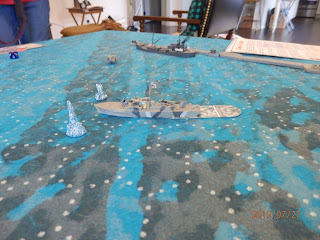 The British coming out to play and trade fire.  They are heavier but there are only 2 of them. 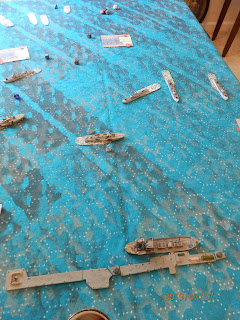 Fritz Bro has 2 engage the Dog boats while he sends 2 along the side to go after the tanker. The middle E- Boat succumbs to hull hits.  ( After I made a big deal about Crueler Seas causes critical hits we had a dearth of them!) 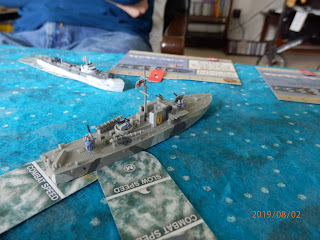 In the finest tradition of the Royal Navy a Dog Boat places herself in the path of an oncoming E-boat to prevent a torpedo attack.  ( Torpedo attacks can only occur about half the turns when the seas aren't too rough.) A collision ensued roughing both boats up. 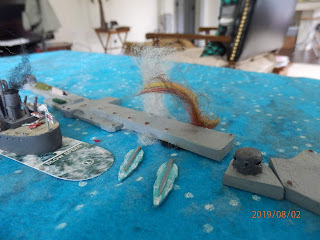 One of Fritz Bro's boats gets tordepos off at the dock doing severe damage.  Boo Fitz Bro! 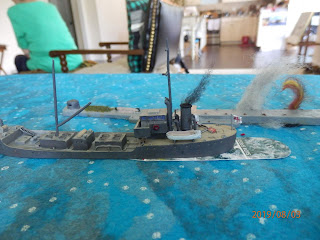 The tanker starts to leave the burning dock.

The Last E-boat breaks through the screen and launches her eels 80 yards away...
The world holds its breath...    60% chance... 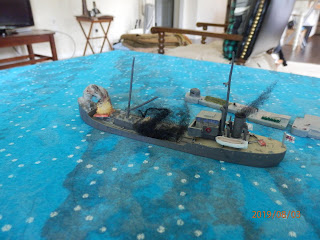 Boo Fritz Bro!  The Tanker goes down after the crew can't control the flooding.  ( A poor crew has a poor chance.) 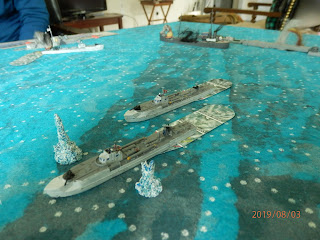 As the Germans slink away Tommy Dad has some measure of Revenge.  The rammed E-boat surrenders ( in the background) with only 3 hps left after which they scuttle the boat.  And the e-boat that sent the tanker to the bottom is sunk after an onboard fire slows them down to be caught by a vengeful dogboat.   Only 1 E boat escapes.

Fun game with family made it priceless!