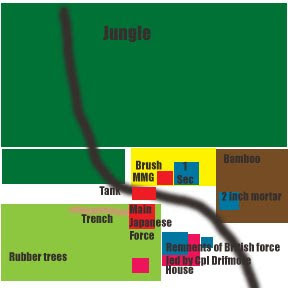 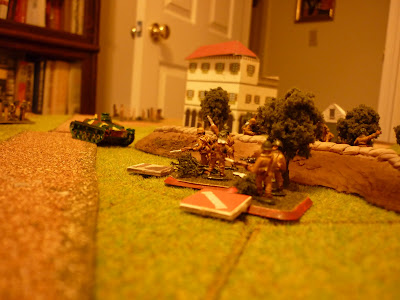 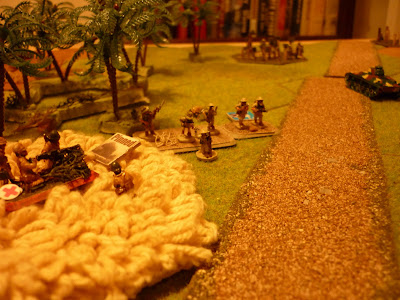 Still figuring out maps and pictures.

First map is at the end of the battle. Japanese are in the trenches with a MMG supporting.Cpl Drifmore is in the house with the survivors while Pvt Longshore leads his unauthorized charge against the MMG and wins! ( In the rules sometimes your leaders use there own initiative. Longshore did and it worked out this time. Very cool for solitaire players)
First pic is the Brookfield house from the trenches

Second pic is Pvt Longshore's charge against the Japanese MMG

Apologize about the photography. Will improve on that as well.

Joe
Posted by FlightDoc at 6:54 PM