Hope everyone had a great holiday season!!  I actually did traveling to family; something I haven't been able to do for three years.  The new job is actually starting to ramp up; now when I go to work people ask me hard questions.  Before everyone ignored me!

The first news is Grunts Forward is done!  I sent the document to Rich Clark yesterday.  Hopefully he will publish it by summer.  For new readers Grunts Forward is the asymetrical warfare expansion for Platoon Forward.  It includes more in depth character generation, medals, a new NPC table and 6 new scenarios such as "Ft Apache" ( rebel attack on your base) and "One of our planes is missing" ( A race to find the crew of a downed plane).  As usual these are all very solitaire friendly with great replay value.

The second news is I splurged and treated myself.  I tried to run several USN PT boat vrs IJN barges and the pieces were just too small.  I have decided to go up to 1/600 scale for at least my smaller ships. 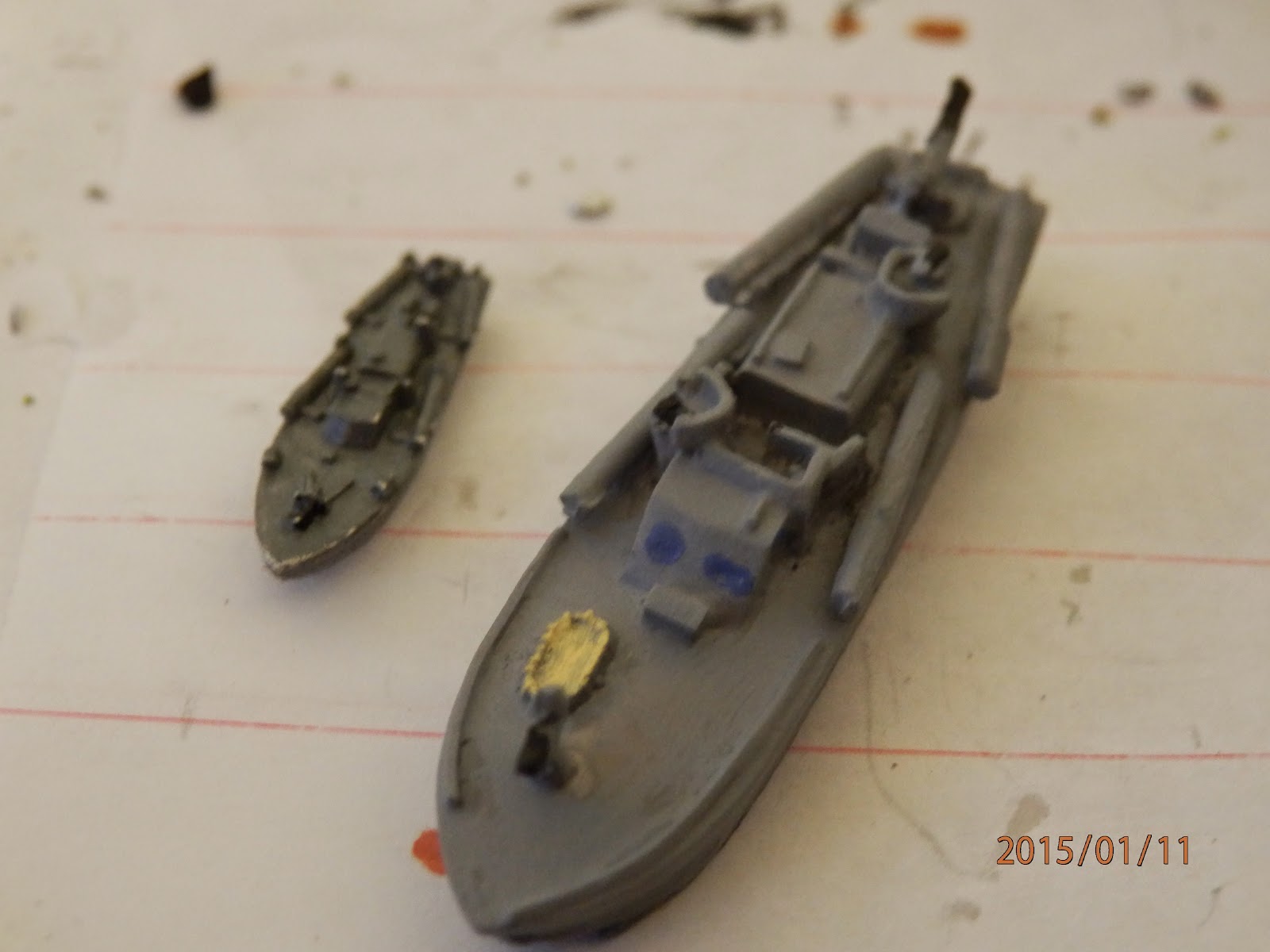 I found some old Skytrex ships on e-bay, bought a bunch from PT Dockyard and also purchased 2 1/700 model kit IJN DDs.  I spent more than I wanted to but it has re invigorated me working on my Release the Hounds rules. 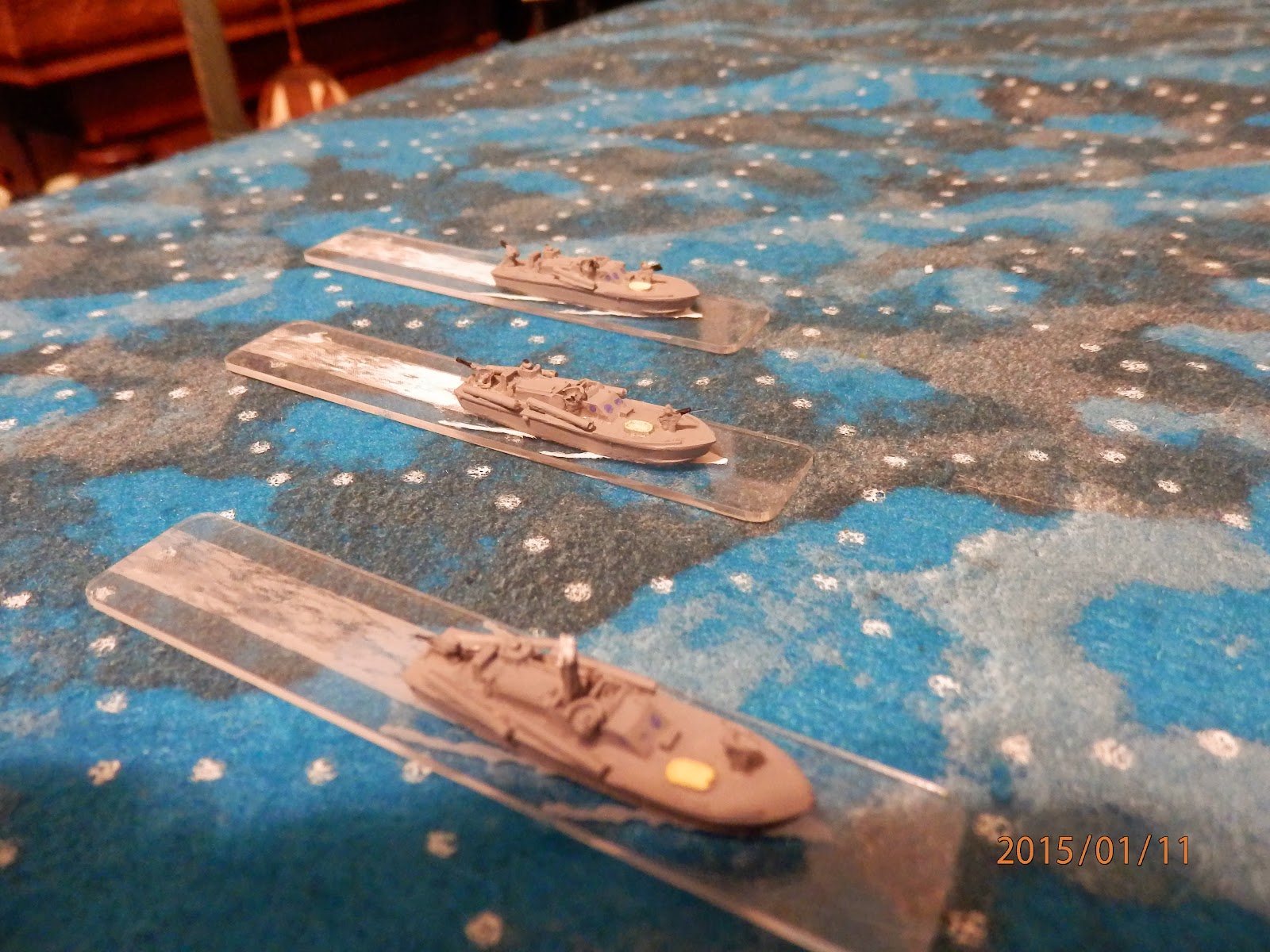 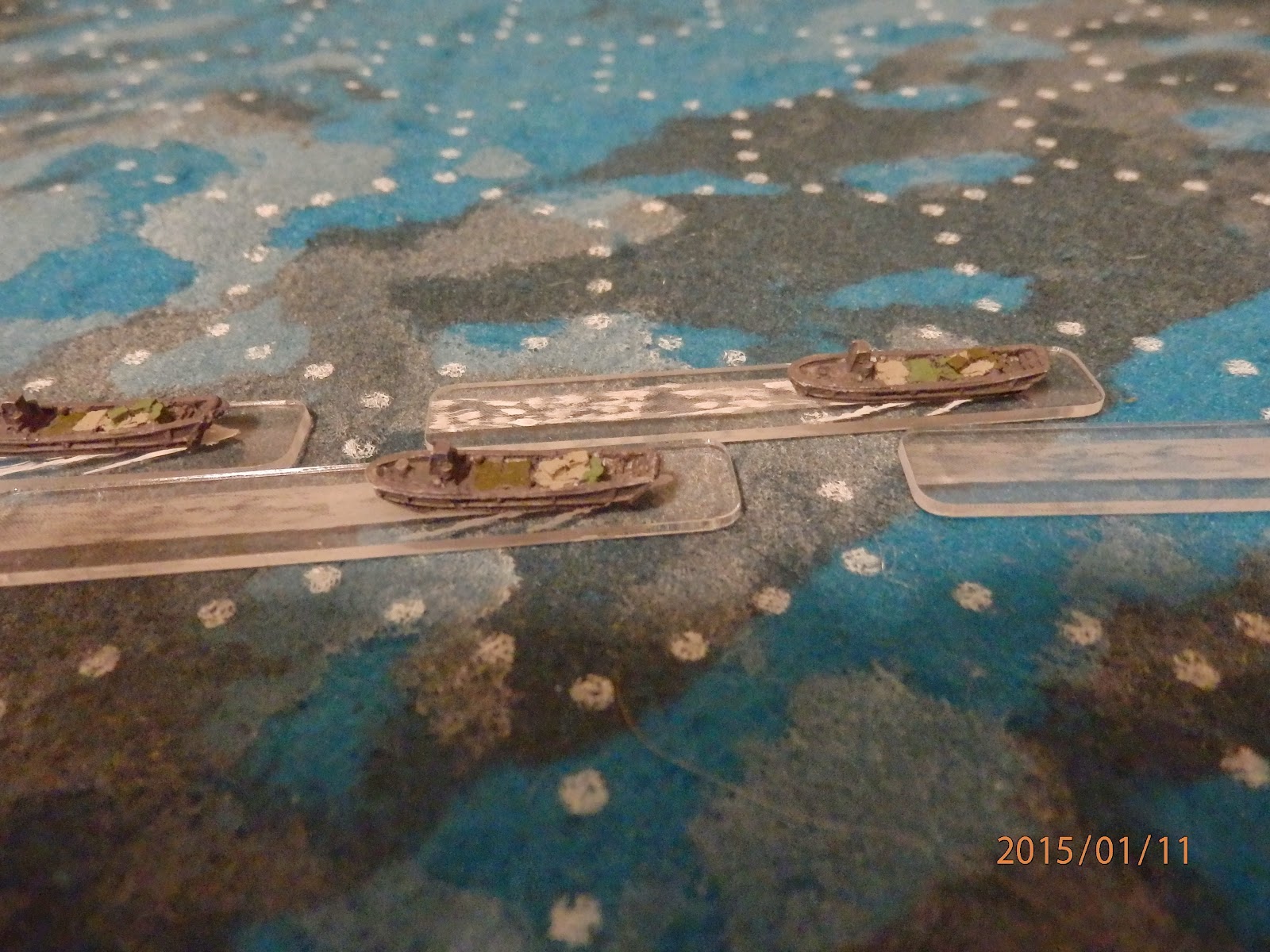 Japanese barges I can actually see.  They even have stuff in them! 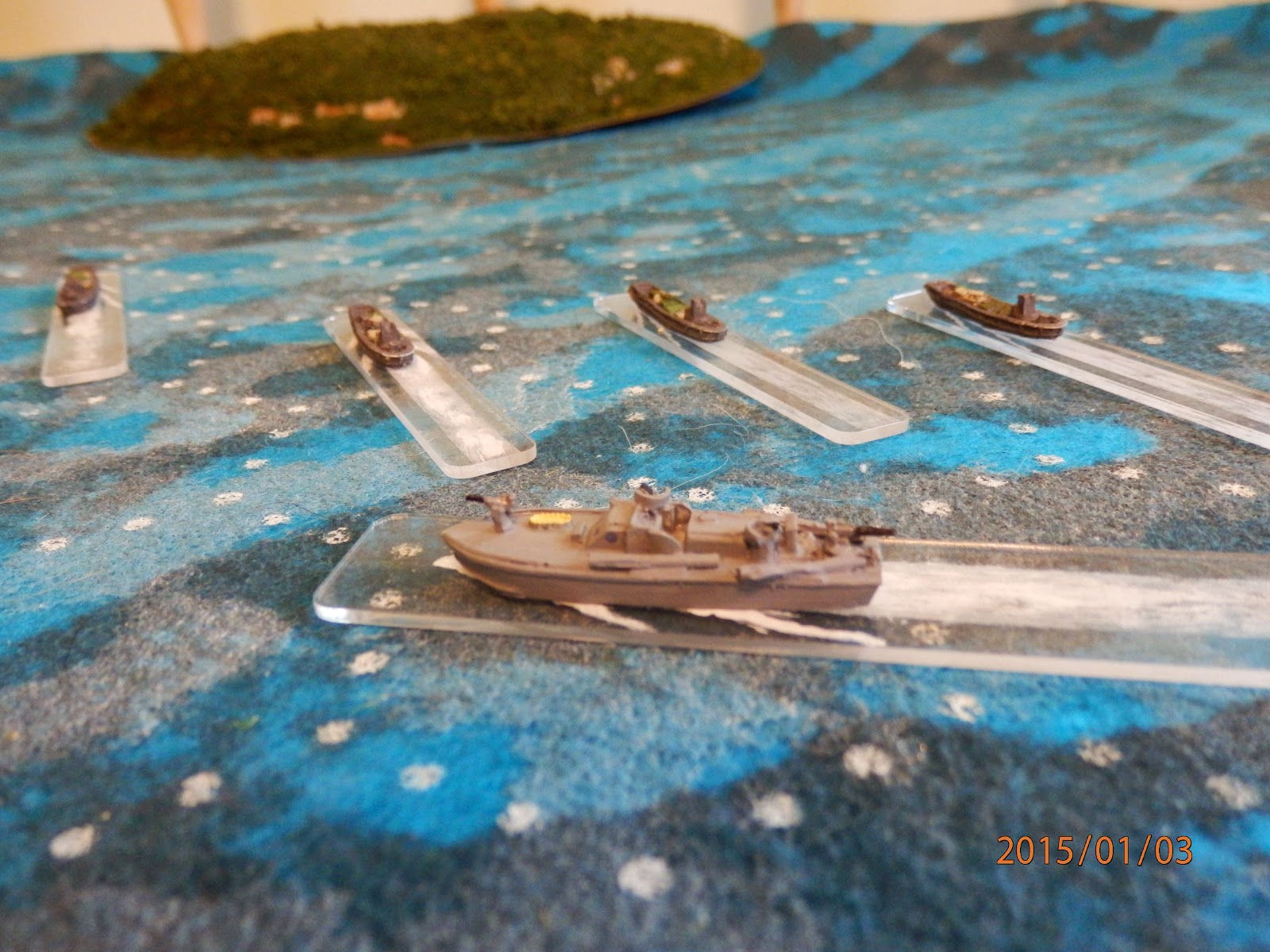 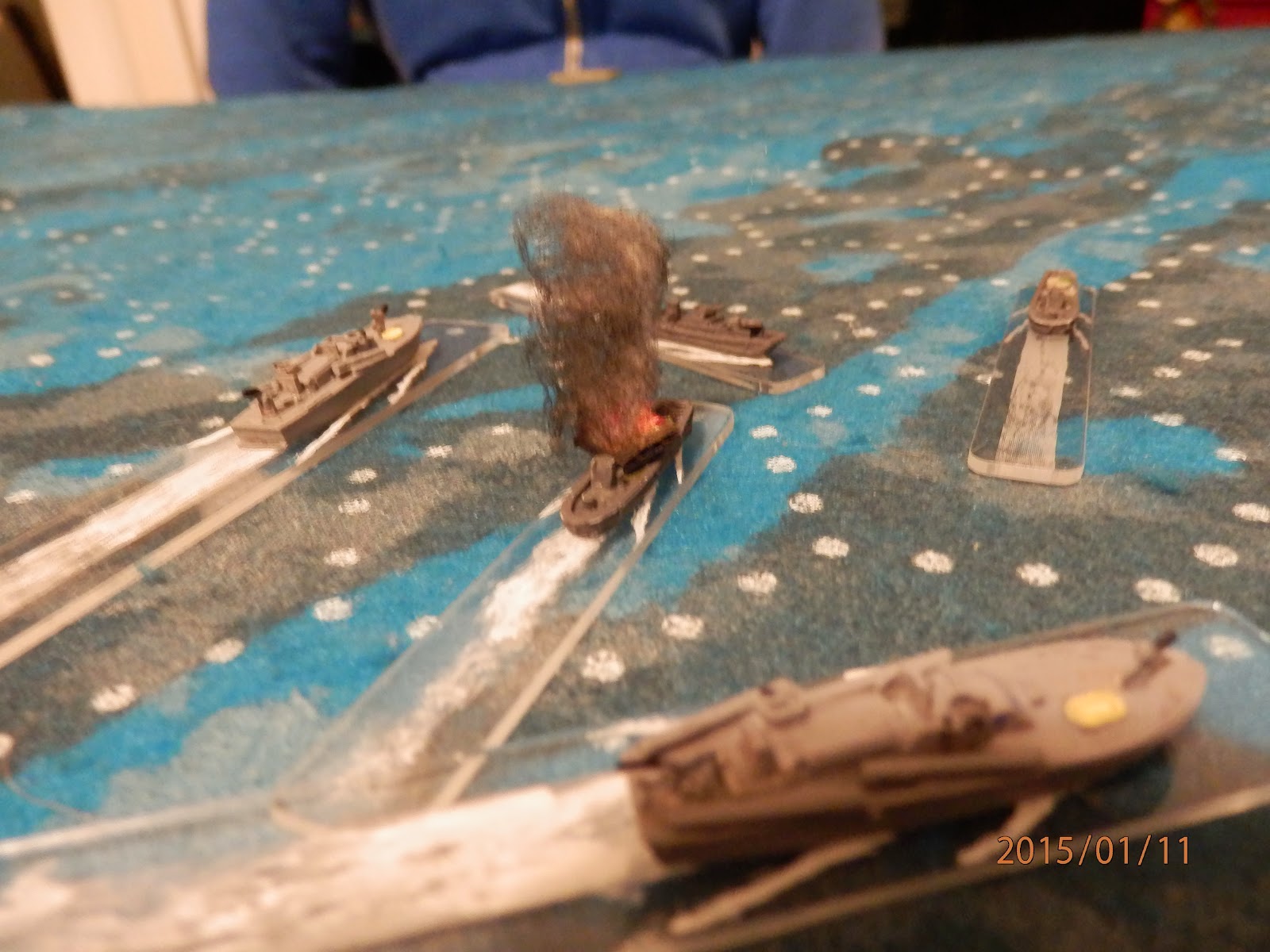 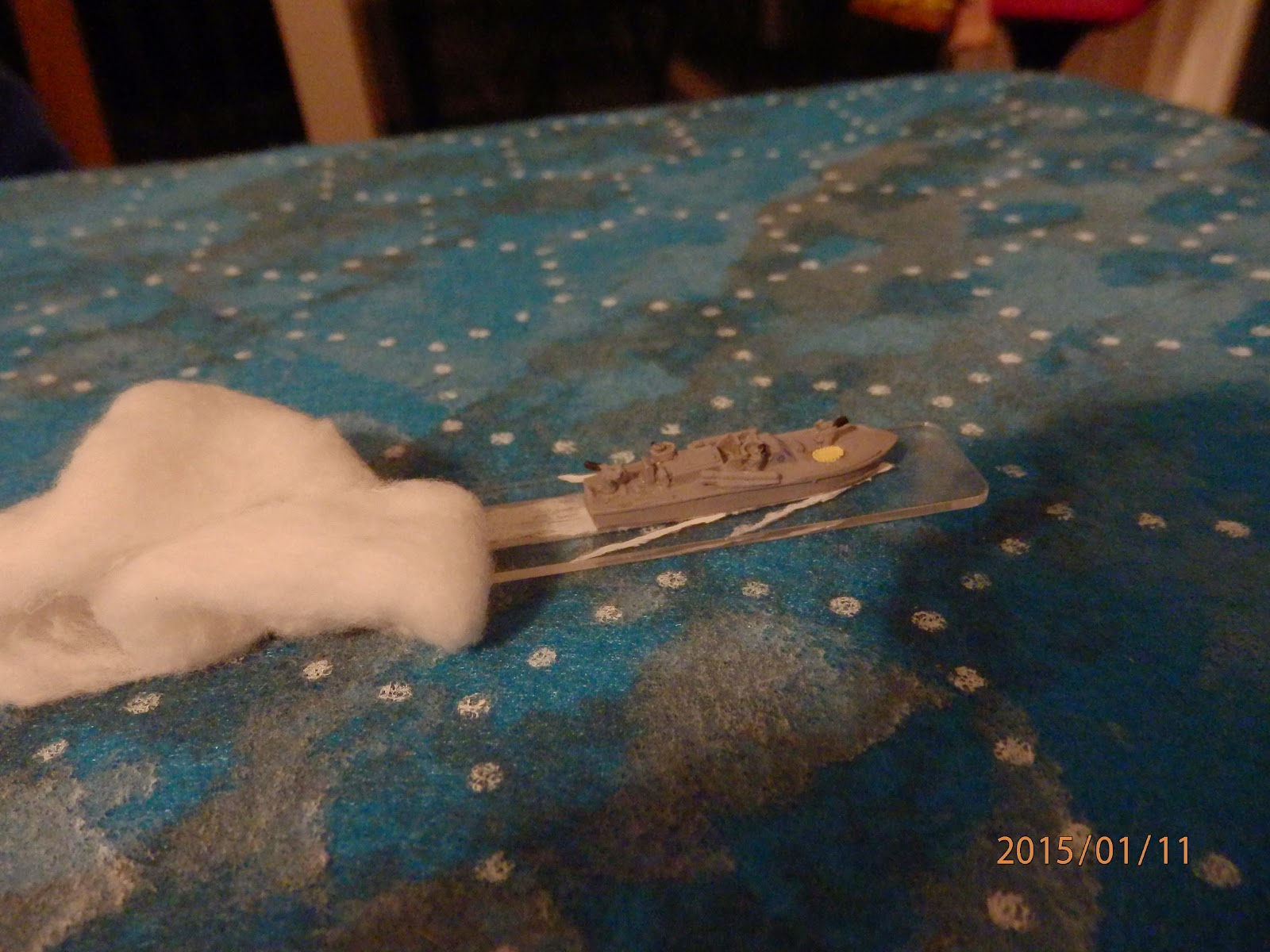 A heavily damaged boat with a dead skipper runs from a land based 75mm.

Look for some more battle reports with my bigger ships. Bigger is better!