As many of you are aware I am putting together a scenario pack of battles in the Congo.  The central part will be a linked campaign with the French intervention in Kolwezi but there is plenty more action in the Congo.  I finally got my french tracks from QRF so wanted to try them out.  So playtested a multi player scenario which stretches the truth just a little.  There were multiple uprising in Zaire (Mobutu's name for the Congo) during the 90's and several entered teh capital city.  The Zairian 31st Paratrooper Brigade sided with the rebels so often during this decade they were nicknamed "The People's Army" by some and Mobutu canceled their training and new equipment.  What if the paratroopers were successfully enough they actually threatened Mobutu?  Would the French have intervened? The French had forces in Rwanda in the 90's.   So... here the rebels backed by paratroopers storm the palace.  Mobutu has hired several white mercenaries as personal body guards and has his palace guards.  The french have decided to prop him up and are racing to the palace.   Three or Four players can play. 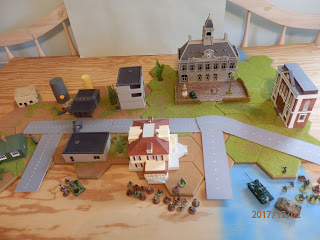 The presidential palace.  The French must enter from the left. 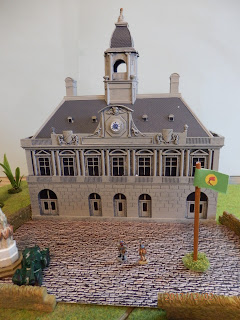 Mobutu with a ceremonial guard and armored car. 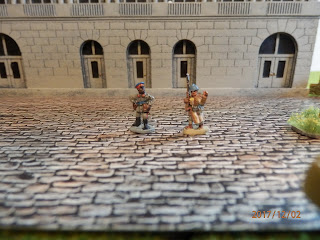 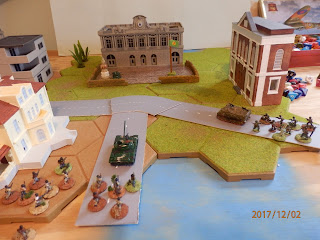 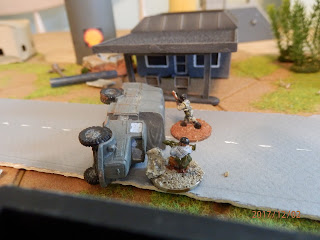 Meanwhile a roadblock to keep any pesky french at bay! 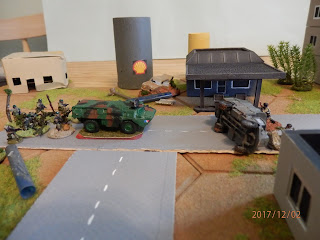 My QRF IFV shows up but the way is barred 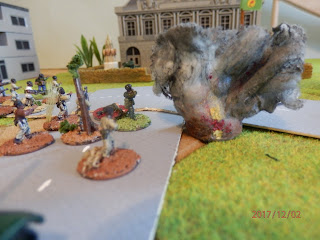 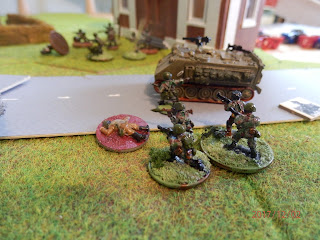 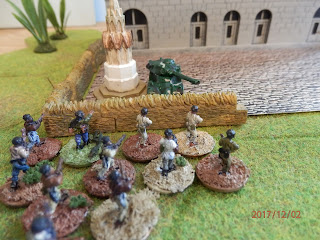 Rebels us numbers to charge the armored car.   Loyalist shooting is poor. 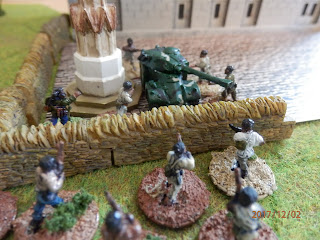 Bad time to be in an armored car! 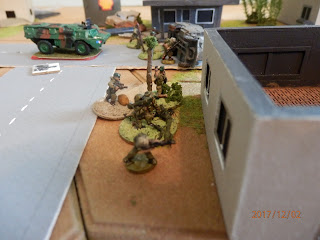 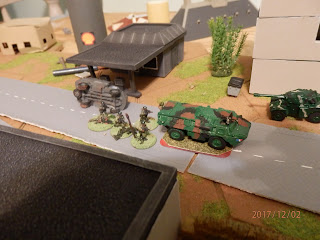 They succeed but it takes precious time! 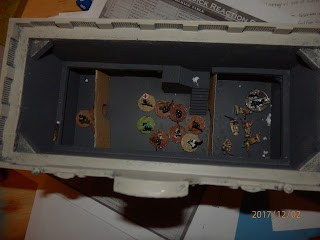 The rebels enter the palace.  Mobutu and his body guards retreat upstairs.  The palace guard fight briefly then split! 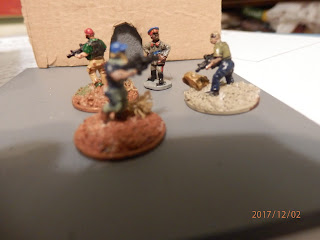 Things are not looking good for Mobutu and his guards!  But wait!  They hear renewed gunfire outside the palace.  The French have arrived and are battling the paras outside. 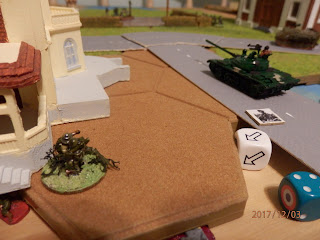 The LRAC goes after the tank.  It bounced but caused the tank to flee; almost as good! 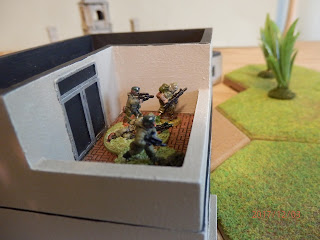 The french charge the palace but are driven back with 3 wounded.  They retreat to an apartment building overlooking the palace grounds.  There will be no rescue without an additional french squad. 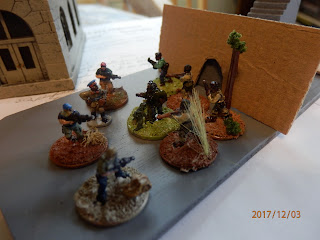 Emboldened the rebels charge up the stairs ( house rule no more than 5 men can charge up at one time).  The fighting is fierce but the rebels are driven back down the stairs with Mobutu sustaining a light wound.   Mobutu is saved for the time being and tactically it is a win for Mobutu and the guards.  The french and rebels both lose ( The palace guards draw).  Strategically it is a draw as whoever reinforces first will win.

Great game!  Will give the french player either an armored car or a second squad next time.

Posted by FlightDoc at 7:01 PM