Continue to playtest Cold War Tanker.   Good thing about the system is it is easy to play 2 games an hour so easy to get several battles in a week.  Happy with the basic armor values and the anti tank missiles.  Still working on the infantry rules and how the infantry interact with their carriers.  I want infantry to play a part in relation to armor combat but not devolve into an infantry vrs infantry game.  [ First game slowed to a crawl because of that.]   Also working on the "platoon structure" of warsaw pact units.  Would like the Soviets to feel different than NATO but not change the way the basic game plays.   A tall order I know but 80% there.
Am failing with helicopters though. Without dedicated AA the defender is naked and with AA units it has become helo vrs AA which is an interesting subgame until it is over.  If helo wins see above.  If AA wins then helo was expensive waste. Any thoughts on helicopters welcome!
On to pictures 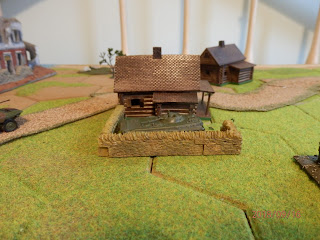 That is what I call hull down! 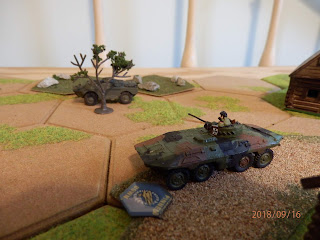 Yep rules and stats for recon vehicles.  Here my Luchs takes out a BRDM. 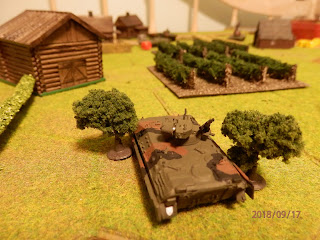 Marder looking for a hull down BMP.   Need to make sure the IFVs are there to support the infantry. 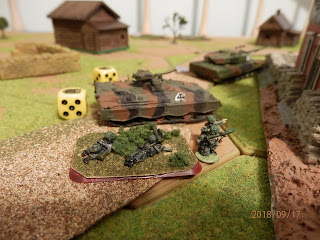 German infantry moving into a house.  A Leopard guards the flank. 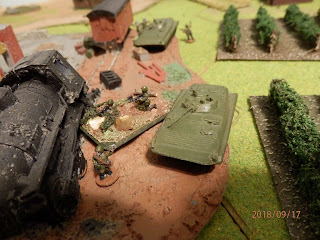 Russian infantry trying to get into the house.  This was the game that slowed down too much.  Also the game I realized I needed to pimp my BMPs! 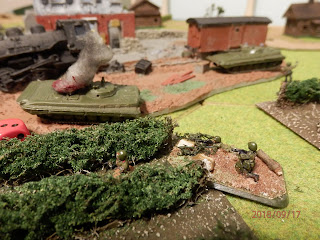 Russians retreat into the vinyard after losing their IFV. 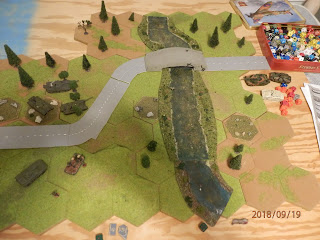 Also working on scenarios.  This is a "move off the board" scenario.  US vrs USSR 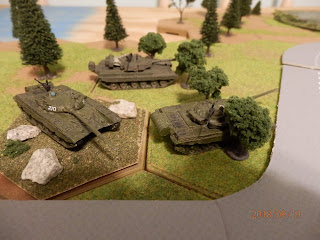 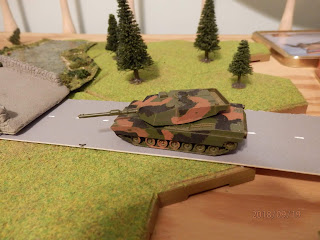 An Abrams moves forward.  [ Russian plastic kit.  Not too thrilled with it.] 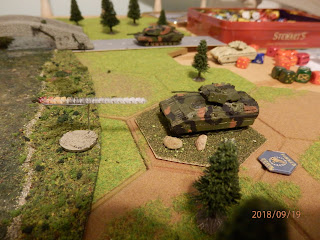 Bradley spots and fires a ATGM!  Finally made a ATGM marker. 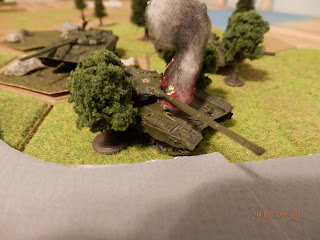 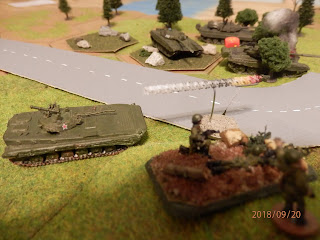 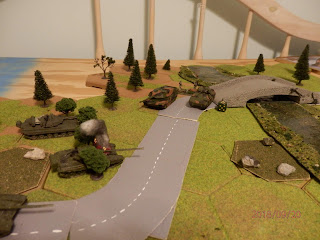 US makes it to the near side.   Infantry dismount. 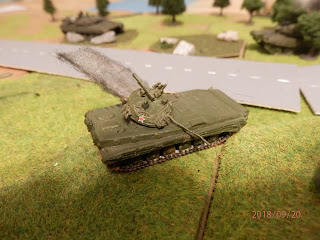 Bradley's 25mm damages the BMP but the Abrams finishes the job! 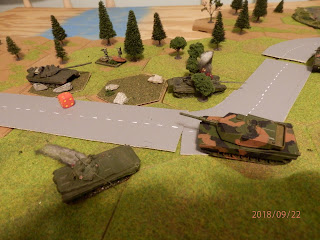 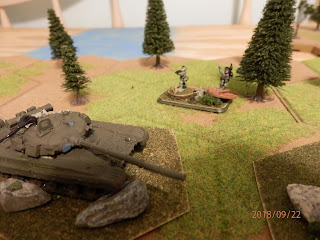 Particularly when the infantry shows up with a LAW!  Would be great to write that the LAW succeeded but failed to do damage. 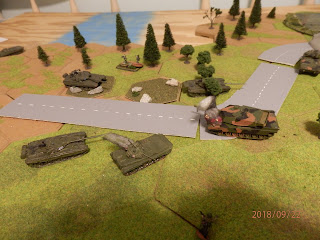 But wait, the Russian platoon stays together. Now it is 2:1.  US still not overly concerned.  Russian scores 4 hits.  [ Needs 3 to destroy]  Abrams has 15 dice to save and DOES NOT ROLL ONE FIVE OR SIX!  Sgt Morton does the honorable thing; allowing his crew to evacuate but staying with the flaming wreck.

That is it for now.  Hopefully you will see Cold War Tanker in the next Lardie special.

Posted by FlightDoc at 5:26 PM