Have played a couple of SAGA battles lately but they don't don't seem to make good AARs.  This last weekend I had a yen to put models on the table and move them around in a challenging game that would play quick--- What a Tanker by TFLs fit the bill nicely but I wanted to get some of my modern buildings on the table so pulled out my variant, Cold War Tanker!

I wrote Cold War Tanker several years ago and frankly don't play as much as I use to.   That said, I think CWT is a nice addition to the tanker game and does give the feel of playing in the cold war particularly if you use the platoon rules for the Warsaw pact.  I am flattered that it still sells despite absolutely no advertising at all other than word of mouth.  Thank you to all who have bought it and my other products.  I donated $700 dollars to my local food bank last year. 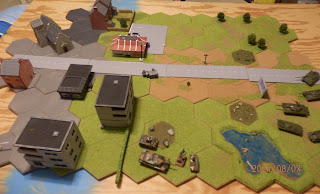 The Battle.   US defends a small town.  Vanilla Abrams, M901 and infantry AT team vrs attacking Soviets PT 76, 3 T-72s[platoon] and a Storm ATG. 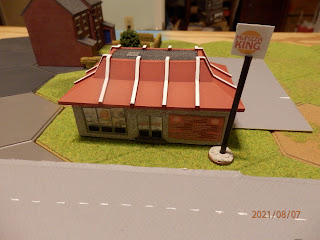 I bought this 18 months ago at a black friday sale when my dad was alive and never got around to opening it.  Finally did and pimped it out.  Hope you like it Dad! 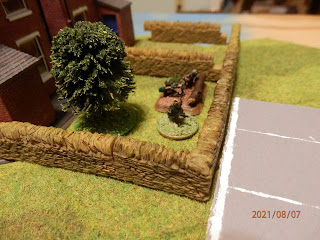 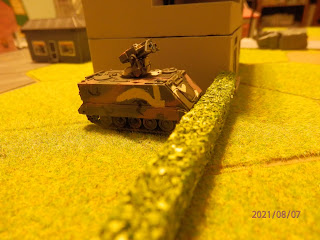 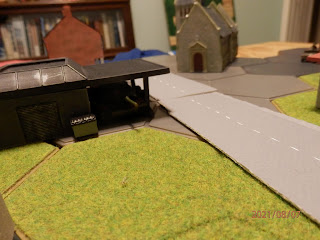 Only an Abrams would set up in a Gas station! ( this counts as concealment) 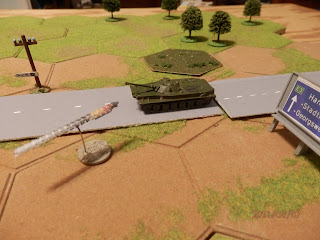 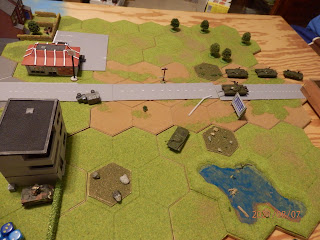 The Russian light tank moves towards the M 901 while the tanks attempt to form echelon and look for targets. 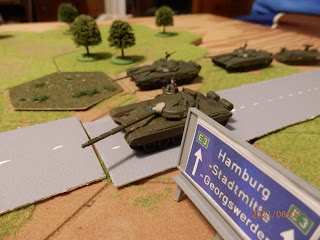 Good shot of the Russkies! 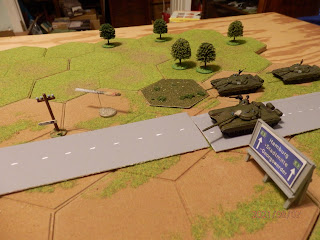 ATG team acquires and aims/fires at the lead russian tank... 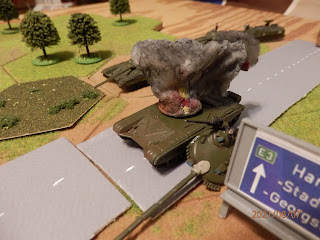 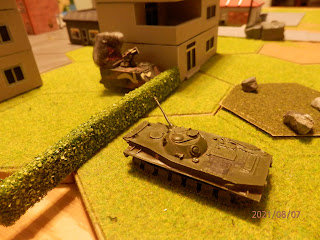 Meanwhile the PT 76 gets initiative over the M901 and the 901 pays the price. 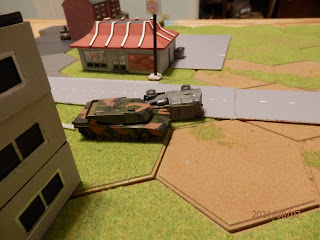 Losing their platoon leader causes the russian tankers to loose 2 dice during their next turn and they have -2 to their initative so the Abrams comes up and fires... but misses. 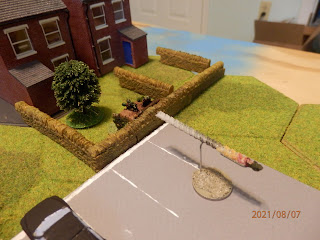 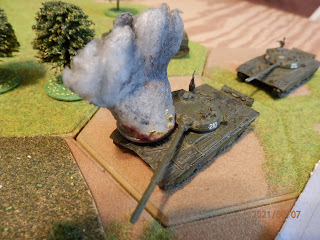 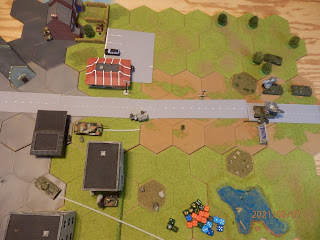 Situation mid game.   Abrams moves back to the gas station.  Russion ATG moves into woods looking for the US ATG team. PT- 76 moves looking to get to rear of Abrams or to take out ATG team.  Russian tank hoping to move at some point. 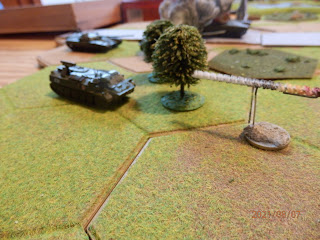 Russinas finally spot the americans behind the wall.  You don't have to roll to hit a squad but you do to hit just a team... 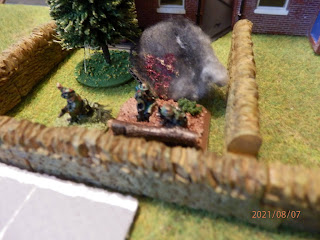 Small target, behind a wall with a missile  is very challenging.  This will take a while... 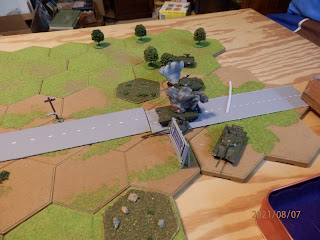 Russian tank on the move.  Who says imperial advertising is all bad? 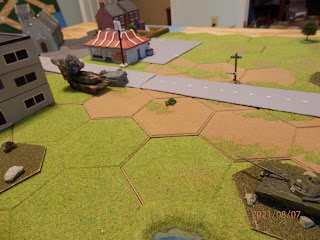 First shot kill on an Abrams!   A bit lucky with the dice.  I used the first version of the Abrams to give the russians a chance but I didn't expect this; nuts. 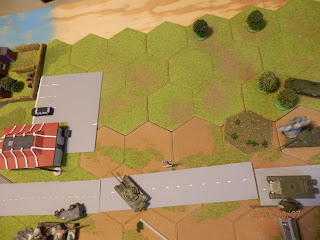 Now everyone closes in on our poor ATG team.   They have to take at least one out to have a chance. 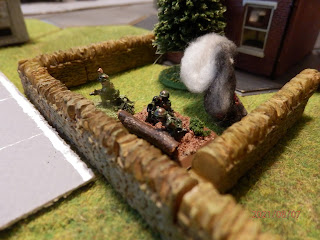 First shot from the T-72 results in even number of hits to saves causing the team to pull back.  Thus they lose their aim on the Storm.   Better part of valor at this point is to leave.     Game to the Russians.

Fun game that took less than an hour.  I really should play this more often.  I had time for a second game; german against german.   Also very fun.  No report just a couple of pictures. 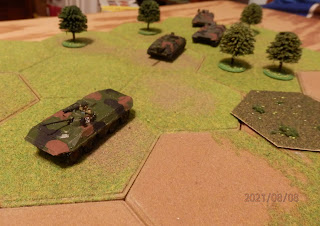 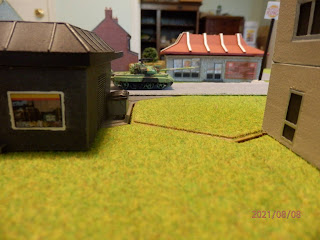 Cool picture showing my McDonalds but no horizon... 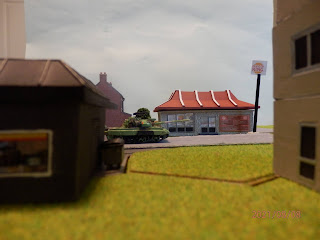 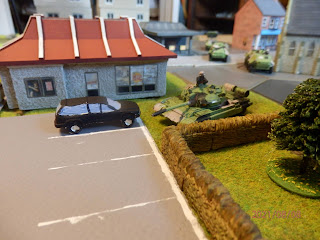 Why do you think I am fixated with the McDonalds? 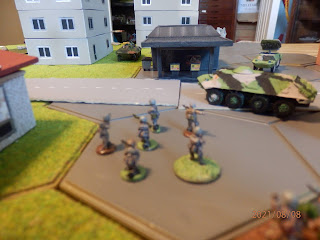 German infantry about to take out a Luchs. (warning infantry in the open are vulnerable.)

Posted by FlightDoc at 6:58 PM