3 battles with my brother

My brother visited over veteran's day and my wife was nice enough to allow us to be kids and play lots of games.  He is a boardgamer who has yet to see the light of miniatures but he is a good sport and a worthy opponent.  I wanted to show him my fusion of Force on Force and Combat Patrol to see if he liked it as much as my son did.  He is a WW II buff  so I thought I would go with a WW II scenario. 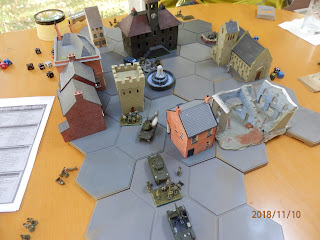 US armored column entering a german town.  He had a squad of SS and a squad of volkssturm.  He didn't appreciate my volksturm's ragtag appearance.  I told him that is what made them historically accurate but he was unimpressed.  ( Maybe I should have tried FOW or Bolt Action.) 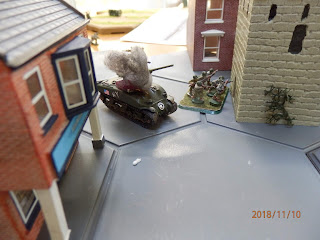 German ATG takes out a sherman! 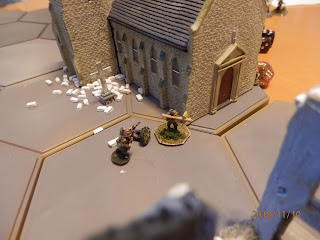 Panzerschrek team crossing open ground to take a shot at another sherman.  These guys made it only to miss their shot! 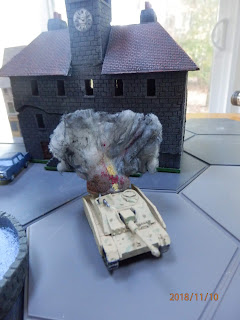 Stug comes in late game only to be destroyed by an american bazooka.

Game really wasn't that much fun.  I violated a main rule of scenario generation.  Always give players choices and preferably options to move.  Once he set his defense he just sat there as I came at him.  Rats.
So we played his board game PanzerGrenadier which was short and actually fun except for terrible aircraft rules.  We also played Wing Leader which was fun.
Then, being a good sport he said he would try another go at my miniatures.  We picked a scenario out of the FOF Cold War Gone Hot book ironically,Bruder gegan bruder and played.

On the very first turn... 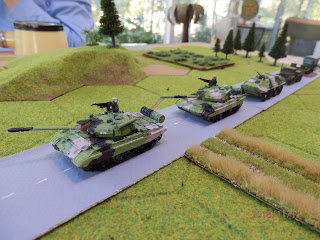 My East Germans come in dutifully and see a leopard firering.   The Leopard misses and what do you know... 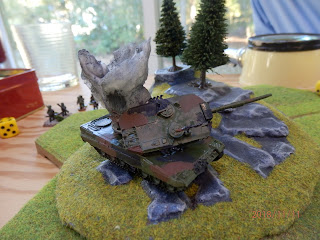 hit the leopard partially hull down on a hill while moving!   Great picture but not good if I want to keep my brother engaged.

The obvious place for my brothers ATGM teams were the hills so I spotted all over them but he was sneaky... 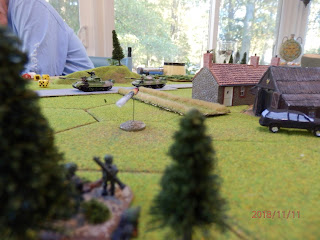 In the woods at ground level a milan missile streaks towards a T-55AM. 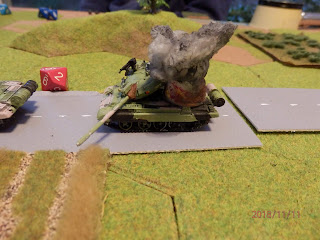 It finds its mark!

Fortunately for game balance my brother received a ATGM toting helo as a random event that ran rough shot over my trucks!  [ Also suggested maybe a german helo for a Christmas gift?!?!?!] 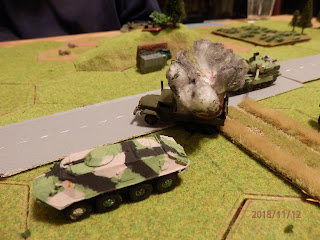 One of the unseen helo's victims. 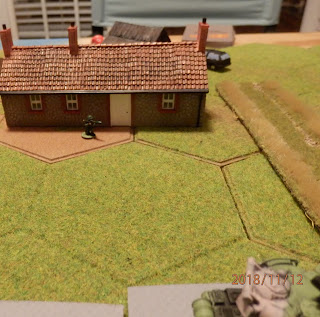 A german wielding panzerfaustman steps out of a cottage and fires... 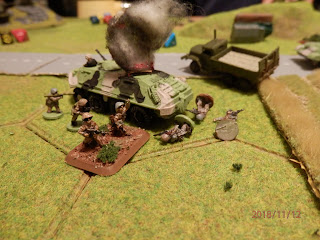 and a BTR is destroyed with 3 infantry casualties.

This was a fun game and we both enjoyed it.  He caught on quickly and the game moved at a fast pace.  I think both he and my son like the new system I am using.   I really enjoyed his visit and appreciate both him and my wife.

Inspired by the above battle I rolled up an East German motorized rifle platoon.  They are from the 7th Panzer division stationed outside of Dresden.  I was going to write up their first battle but it was so short that it wasnt' that interesting.  Unteroffizer Balack's squad surprised the americans and routed them. 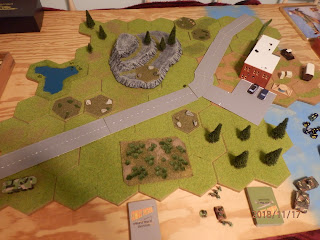 Mission was simple; capture the hill.  The US had a 3 turn head start. 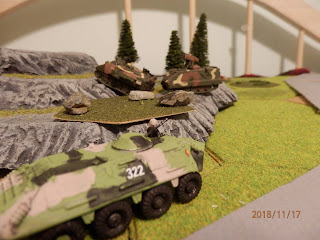 By the time Balack got there the US was already climbing the hill.  He heard engines straining and peaked around the corner to catch the tip of a M 113 advancing.  He debussed his squad and went to work. 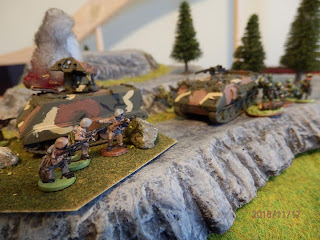 The US was routed with no German casualties.    Amazingly Balack's skill nor standing with the squad improved from this one sided victory. 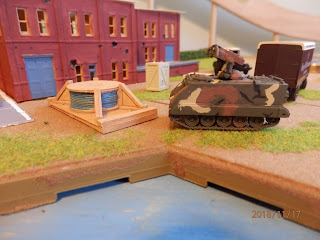 Here is my attempt 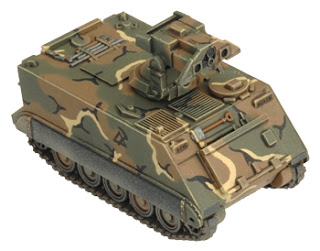 Here is Battlefronts rendering.    I was pretty happy with my results.


Enjoy and Happy Thanksgiving.   Please remember all those troops deployed away from their families this holiday.

Posted by FlightDoc at 6:08 PM