So am continuing my Age of the Wolf campaign.  For details please see my last post.  Calcaneus decides to defend as this will give him additional forces and he is sure someone will attack the Romans.  Hampton once again attacks the Romans as does our friend Phalanges who once again raids.   Rolling up the battle Hampton attacks a fortified town. Both sides are near full strength.  Calcaneus still hasn't built up his cavalry as his is trying to build up another legion which isn't quiet ready yet.

Hampton once again crosses over into Cis Gaul looking to make a name for himself.  His plan is to take a small town near the border.  Calcaneus doesn't have the strength to stop him in open battle and moves behind the towns defenses.

[ for the scenario the walls provide solid cover and are a low obstacle.  The defender has to take a unit of heathguards and they come in a reinforcements.] 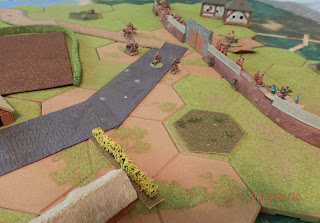 With only 4 points of forces the Romans are stretched thin to defend the walls.  Calcaneus swaps out his german bowman for a manuballista.  He has his one legion on the walls along with his velites.  He places his understrengthed cavalry out in front to screen the gate. 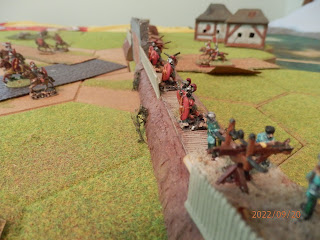 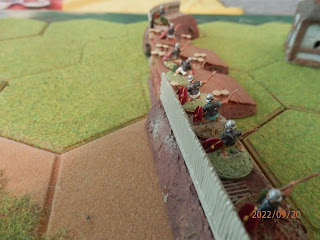 Velites on the ramparts. 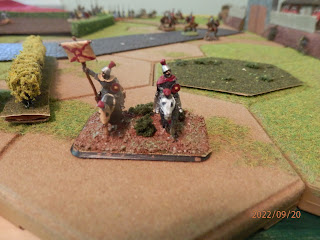 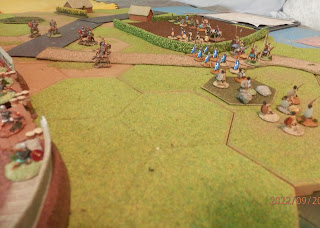 Hampton arrays his forces.  He is going to avoid the legion and attack the velites as well as knock down the gate to allow his elite cavalry into the town. 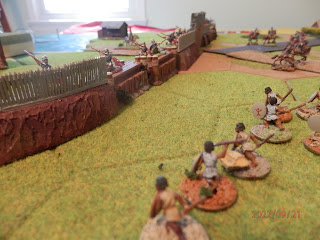 Numidian light infantry soften up the walls and take a significant toll on the velites. 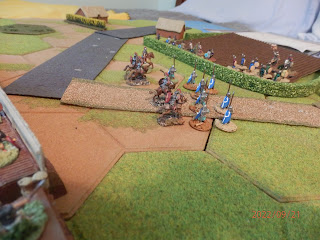 Citizens clash with the Roman cavalry 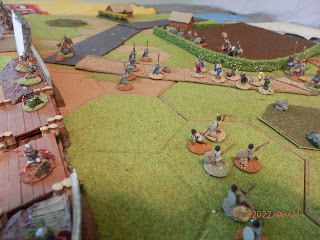 After Hampton's first turn things look bad for the Romans.  Velites 50% strength, Cavalry down to 1 figure.  Calcaneus decides to take action.  If Hampton won't attack his legion on the walls... 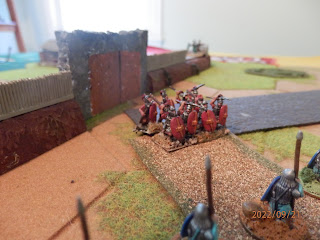 the legion will come out to protect the gate. [ the gate is worth 2 points.]

Citizens line up against the legion while... 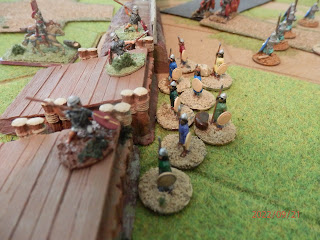 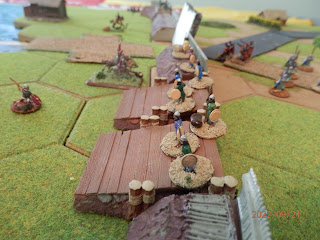 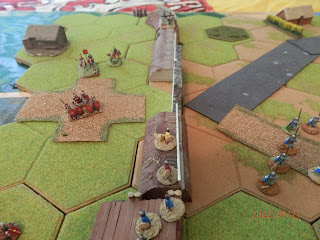 Calcaneus orders the legion back in to contain the breech.  Where is his elite cohort?  He needs more men. 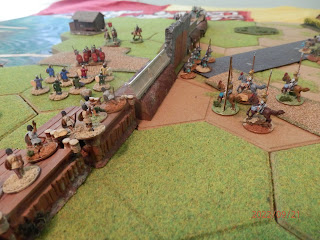 Hampton orders all his forces forward! 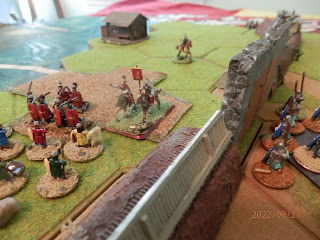 While Hampton's forces literally start knocking down the gate, Calcaneus charges with his infantry to contain the breech. 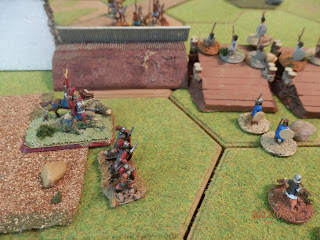 The Libyans are pushed back but Roman loses are heavy. 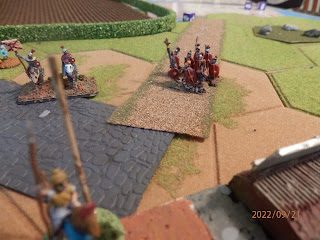 Finally Calcaneus' elite cohort arrives to a desperate situation as the gate to the town is toppled! 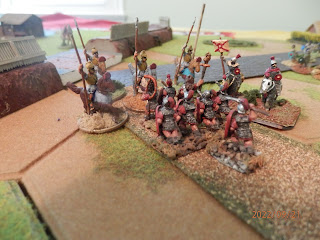 The cohort goes right to work against elite cavalry.  Hampton is brought into the fray. 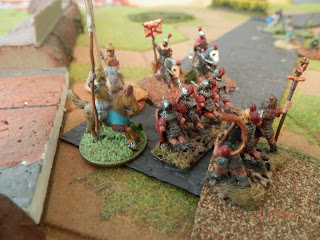 Both sides take loses but the Carthaginian cavalry are wiped out!  Hampton moves to... 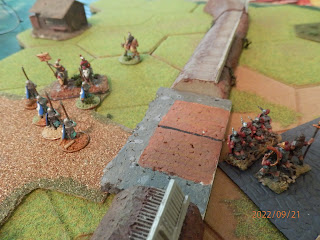 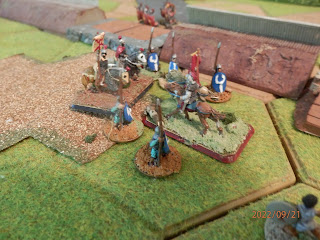 Hampton spies the Roman commander.  An opportunity to good to waste.  He orders his citizens to charge with him.  Calcaneus is surrounded.  He and his staff fight hard hoping his cohort will reach him in time. 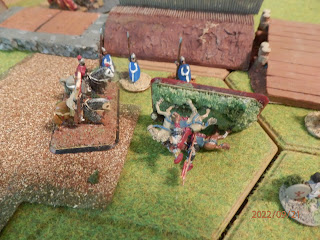 It is not to be.  Cancaneus goes down in a fury of blows.  His cohort... 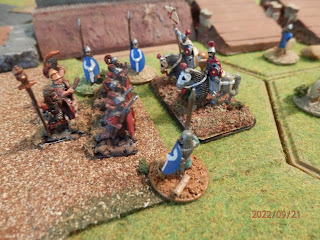 attempts to reach him hoping he is only wounded.  They fight furiously but alas... 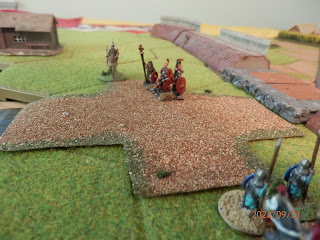 are driven back.  The roman town is open to Hampton's victorious forces.

A fun game that was a crushing defeat for Calcaneus.  Fortunately his is only severely wounded.  He is low enough on the totem pole that he is ransomed back.  City walls made it a different type of game which I enjoyed.  I think I need to upgrade the manuballista as it never seems to justify its presence in the game.

Hampton is cruising while poor Calcaneus now needs to patch himself and his army together to take on Phalanges in a raid.

The other thing I have played lately... 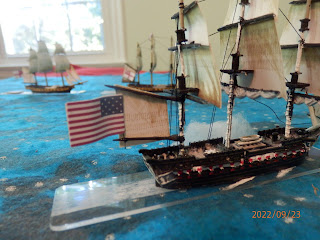 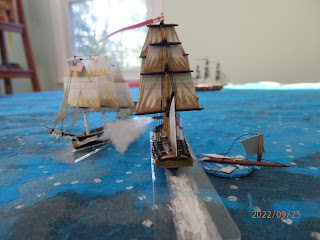 Posted by FlightDoc at 8:57 AM