Sorry for the extended absence.  I had surgery on my shoulder and then contracted Covid.  Very little gaming and what was done was very light stuff with little to no terrain.  For example; 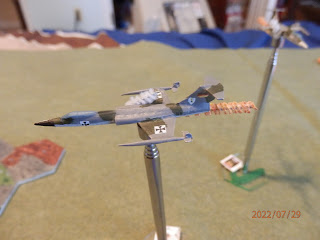 A German F104 on afterburner

I did purchase the Age of Hannibal book for Saga.  Most people either love or hate Saga.  Since I don't know that much about ancient combat [ no one does] and everyone's weapons were the same it appears boring, at least on the skirmish level.  Saga is a great game with historical overtones; it is never boring and the games are always close.  It plays out like how I think ancient combat should have played out. It can get gamey even for me so I ignore when you can sacrifice figures from across the board to protect a favorite unit or war hounds.  And I am still peeved at Tomahawk studios for not giving owners of A+A the Sassanids board when they re released A+A and called it Age of Invasions.  That said...

Age of Hannibal comes with 6 factions which are all over the internet so I won't go over them all here again.

Top notch production values as are the norm.  These books are well laid out with art work and pictures.  Things are explained in an entertaining style to get you started but lets you still experiment and figure out the nuances.

The factions seem well thought out and not are too gamey for me.   While only 6 factions they are all solid and I would like to try all 6.  I have played all but the Spanish and Numidians.  Each really does play different and there are nuances to the battle boards that I can already see. I was wondering what they would do with the Gauls and they have a clever mechanic called "fervor" which works well.  You can psych your troops up but only so much.  Also all 6 factions can historically fight each other with the Numidians being slightly hard pressed here.  If you go back to just before the 1st Punic war the Greeks fought everybody.  Contrast this with Age of Crusades with it's 12 factions, the Teutonic knights, who I really wanted to play are just too gamey for me.  Also historically the baltic crusades really have nothing to do with the near eastern ones. 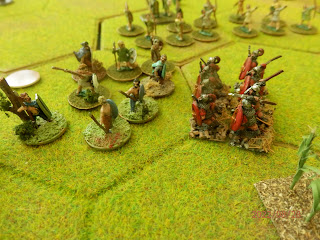 They have improved the rules for chariots and the elephants will be a nice diversion.     I confess I haven't used an elephant yet but I don't see myself using them in a skirmish game often.  Still the rules look interesting and who doesn't want to put an elephant down on the table now and then?  I have a Tiger tank for the same reason. 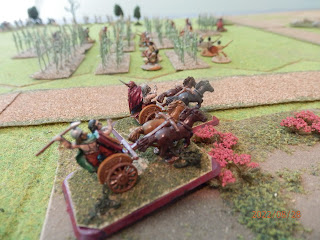 The ruses are a nice touch.   These are yet another "gamey" aspect  and I only use 1 or 2 cards per game drawn randomly after I threw about a third of the gamier cards away.  Still I see this as potentially a way to balance a game.

The Mercenaries don't appear to be well thought out.  Maybe it is just my ignorance of the age but I am still not sure what some of the units are historically and puzzled why they are restricted to so few factions. Are Baleric slingers really limited to just the Carthaginians and Spanish? If so just put notes in those 2 factions and give us another mercenary unit most us can use. 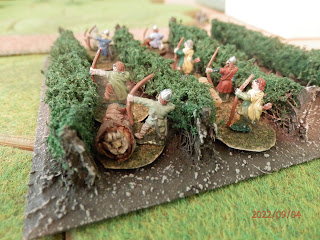 These guys wanted to be Baleric slingers but are Gaulic archers instead helping my Romans.

There is no "Old Friends and New Enemies Section" in the book.  I really like this section in many of the books as you essentially get more factions to use by using other battle boards from other universes.   Epic Saga is in the book which is fine but I would have rather had Old Friends.

There is no Parthian empire in the book to make up for the Sassanid empire that Studio Tomahawk still owes me for buying Aetius and Arthur.    Me bitter; not at all. 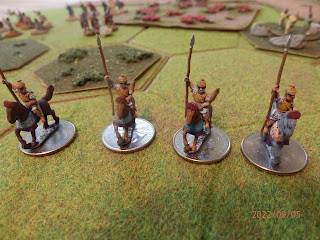 My newest unit; not based yet.

Overall I think this is a great addition to the Saga universe and even though there are only 6 factions for the historical gamer they are all solid.

Posted by FlightDoc at 8:12 AM